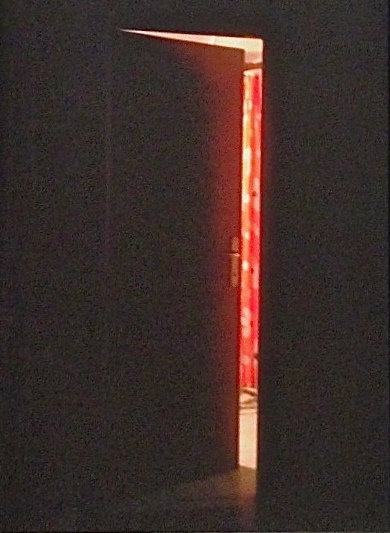 The room is spacious and empty, except for a projection of three gigantic screens on the wall. It shows a bright image of sand dunes, infinite and lonesome, with the wind whistling by. Then a loud cranking sound of mechanical wheels shatters the stillness and shutters slide down and immerse the room in total darkness. A while later, the shutters open up to reveal the sand dunes again and thus begins the cycle.

Italian Giovanni Ozzola’s solo exhibition at Galleria Continua in Beijing is emotional and passionate. The video installation of the sand dunes on the first floor of the Gallery makes the viewer feel as if he is peeking into someone’s inner world. The desolation of the sand dunes, the shutting away of the outside world, the difference between the unknown out there and the safety in the dark interior allow the viewer to feel that he can either be standing indoors and looking out, or vice versa.

Following the same theme of exploration, ninety-eight golden copper panels are stitched together on another wall to show engravings of ancient sea routes. The century-old engraving technique is labor intensive and visually astounding.

Ozzola’s exhibition, his installations, videos and objects, trigger the inner child in all of us –the curiosity that a child experiences as he looks through the crack of a door, fearful of what lays beyond but mesmerized by the unknown and the light. 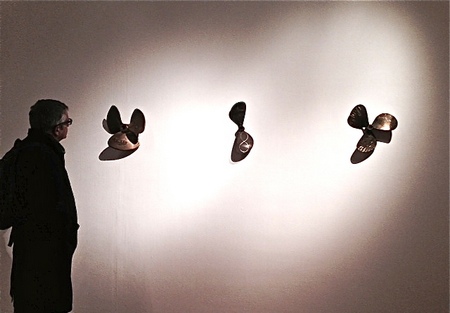 A shipwreck stretches in one of the rooms on the second floor. Even though being cast away is a fearful thought, it is also an opportunity to live, to explore, to reborn. Huge crystalline light bulbs in another room are connected by cables lying on the floor, as if to show a constellation of sorts. In yet another room, propellers and bells of all sizes carry the artist’s engravings in different languages, all of which are collected by him in different periods of his life. 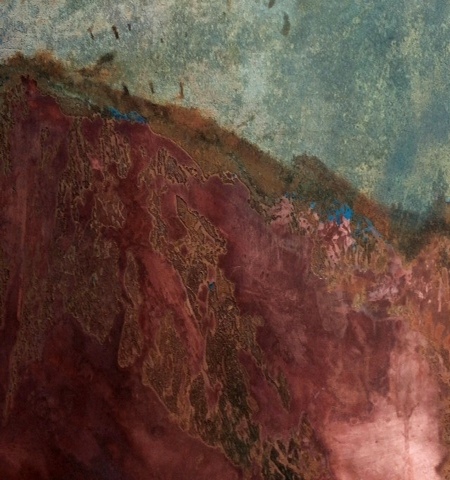 On the third floor, etchings on small copper panels depict mountains. Throughout the ages, people attribute the mountains with divine powers and consider them as centers of cosmology and geography. The colors on the copper panels, according to the artist, changes depending on the weather and ages with time, making them a living art.

‘La Theorie Des Cometes’, as the exhibition is titled, takes the viewer to a journey from discovering the mystery beyond shutters to exploration of sea routes, to a ship’s lost of direction, to propellers showing continuity and motion, and finally to the sacred mountains whose colors are both ephemeral and eternally evolving. 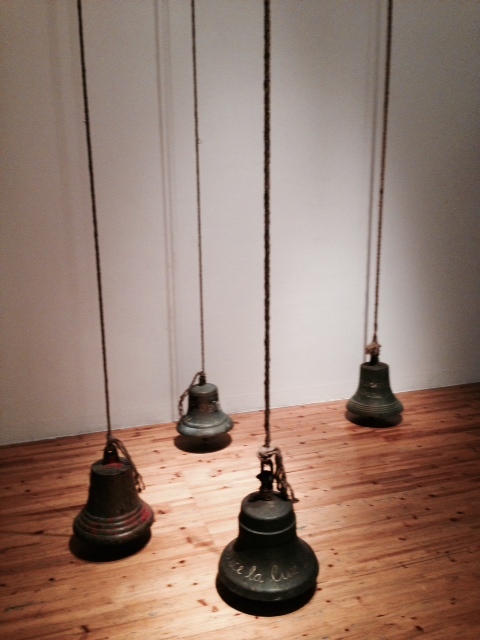