Cool People in The New Republic

Cool People in The New Republic 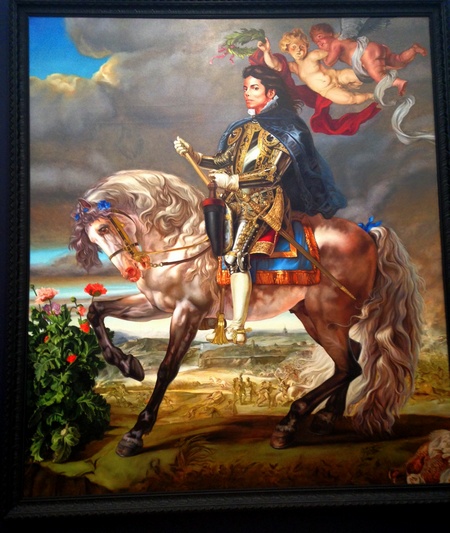 The latest exhibition of the American artist Kenhinde Wiley at the Brooklyn Museum in New York has powerfully challenged traditional concepts of portraiture, and introduced an updated meaning to the issue of identity.

When we saw the title of the exhibition- The New Republic- we thought that it carried the political connotation of reinforcing an existing cultural identification , but we have found that the exhibition actually deals with deeper issues of personal identity from a cultural and aesthetic perspective that attempts to innovate the very reading of art history. This 14-year prolific body of work- over 60 paintings and sculptures- is also implemented with exceptional grace, craft, and beauty. 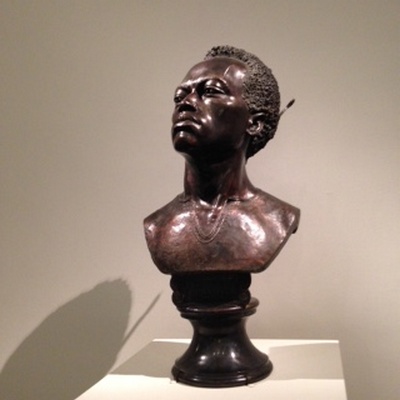 In the past, portraiture used to convey the model’s social status and power, and later, it reflected the model’s character or soulfulness. Wiley has done something very different. He has literally gone back to the past and used the traditional ways of painting portraiture to paint people- mostly male sitters- that he found randomly on the streets, and put them exactly in the same posture adopted by celebrated European old master portraits. As a result, his world is populated by normal people with extraordinary elegance and coolness, reminiscent of some celebrities of our time. There is something iconic in his portraits, something that somehow defines a culture, which could have been that of African Americans, since most of his models are black. And yet, looking at his work from a wider perspective, we feel that the blend of the heavily ornamented contemporary design with the sophisticated European postures of his subjects seem more focused on the celebration of a new culture rather than just to pinpoint the main cultural characteristics of a well-defined existing ethnicity. Somehow, the celebration of this universal “coolness” has become a celebration of a culture that encompasses all cultures. Perhaps, that is the “new republic” that Wiley has referred to. 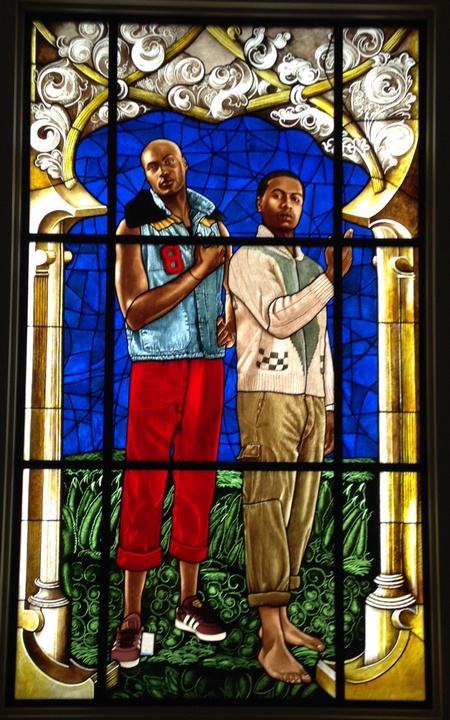 His practice to cast his models randomly is extended from the streets of New York to several countries such as India, Brazil , China, Jamaica and Africa.

In his paintings, Wiley also resorts to rococo to provide beautified backgrounds of flowers to exalt the “coolness” of his subjects. Sometimes he uses humor for the same purpose, as shown by his sculpture of the head of a male model with a comb inserted in his afro. 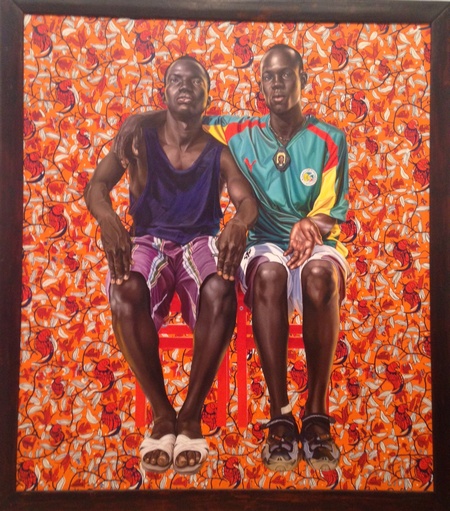 His more recent works include a rather romantic approach to women subjects, dressing them up in a more elaborate and artificial way than his male subjects, thus losing some of the previous casualness and freshness in the paintings.

It has been a rare opportunity to see portraiture again, painted either in canvas or on chapel like stained glass structures, or busts made in bronze with such fine craft and skill, and be amazed by an art with a thought provoking concept. 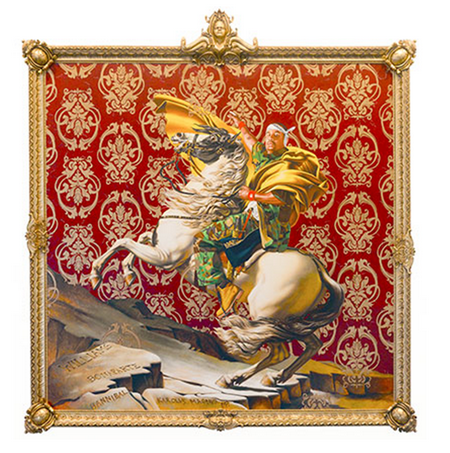 Napoleon Leading the Army over the Alps, 2005
From the Series Rumors of War
Oil on canvas
108 x 108 inches