Colombian Artists, United to Save the Earth

Home/What's going on/Colombian Artists, United to Save the Earth
Previous Next

Colombian Artists, United to Save the Earth

Madre Tierra Amotinada (Mother Earth Mutiny) is born thanks to the observation of human actions against the earth, but it is also a project that aspires to connect all forms of creation in favor of Nature. A group of leading contemporary artists from Colombia, one of the richest natural resources in the world, is united to speak up and make us aware of what is happening to our Mother Earth.

The event begins with a large-scale exhibition at the Museum of Modern Art in Bogota, Colombia. 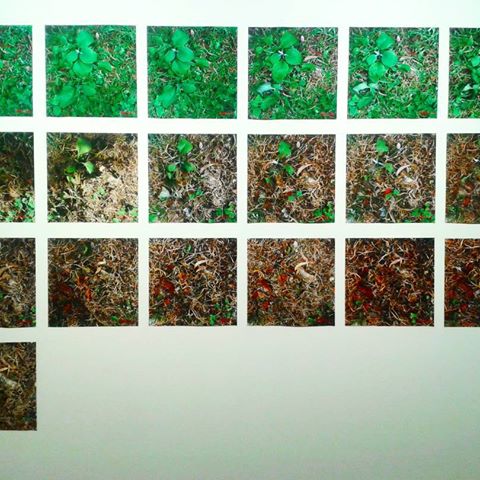 This is a mutiny against mining; the implementation of Genetically Modified (GMO) seeds, overpopulation, tree felling and contamination… among so many other human actions intended to destroy the planet earth little by little. 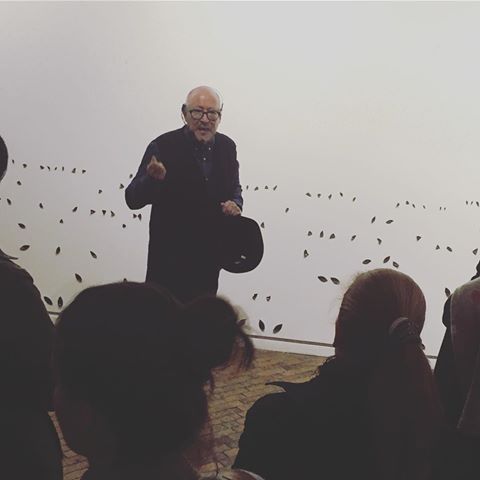 “In moments of not only environmental crisis, but also crisis in general, art is useful because it provides a different view that moves us to consciousness, an angle that differs from the scientific and journalistic one,” says Miguel Angel Rojas, who invited the direct participation of viewers to make a bold wall installation of 15,000 coca leaves, collected from an area in Colombia where the cultivation of coca- a traditionally iconic plant- is legal; each of these leaves is attached to a food like lentils, beans, or rice in an effort to “de-stigmatize” the coca leaves which have been linked to the ill-reputed and illicit processed cocaine. 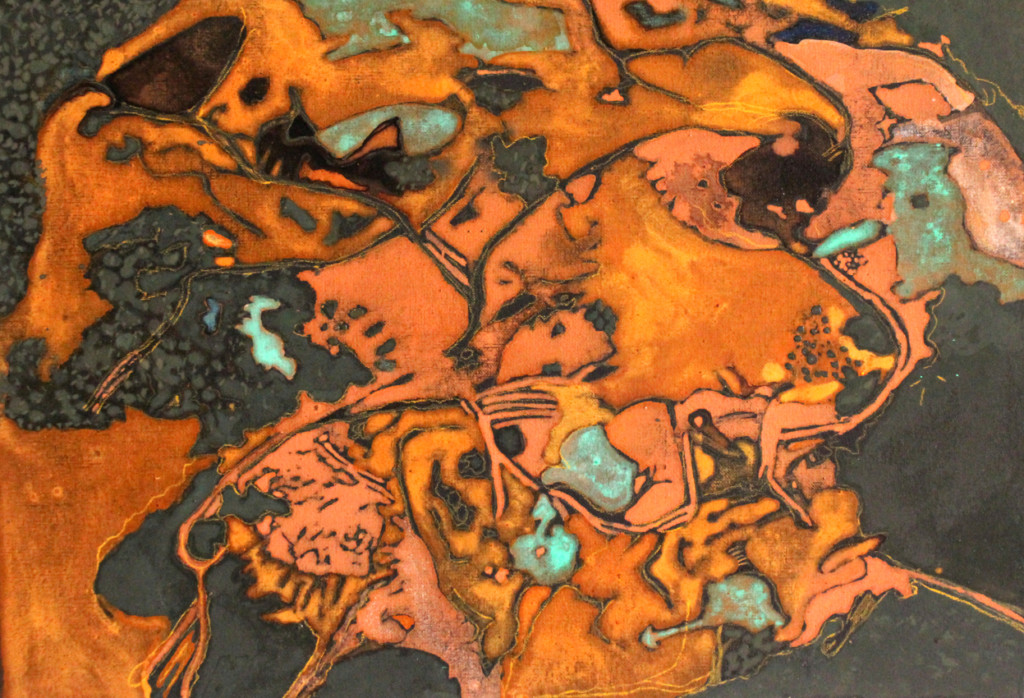 “The devastation of the land, the land abused, the resulting problematic issues that manifest on human beings, the social-economic conflicts inherent to the eruption of illegal violent groups, force the small miners to rise and impose their rights at all costs”. In river beds men and women labor incessantly in search of the much coveted mineral (gold), symbol of wealth but also of death and destruction. The artist Ana Patricia Palacios presents paintings and an installation of a series of beautiful and yet mind-boggling images that address the deeper issues of gold mining and greed. Her concerns extend to the issues of survival and co-existence. “Rummaging the earth and penetrating into its bowels and rivers procuring for the coveted treasure…this links to survival and co-existence.” 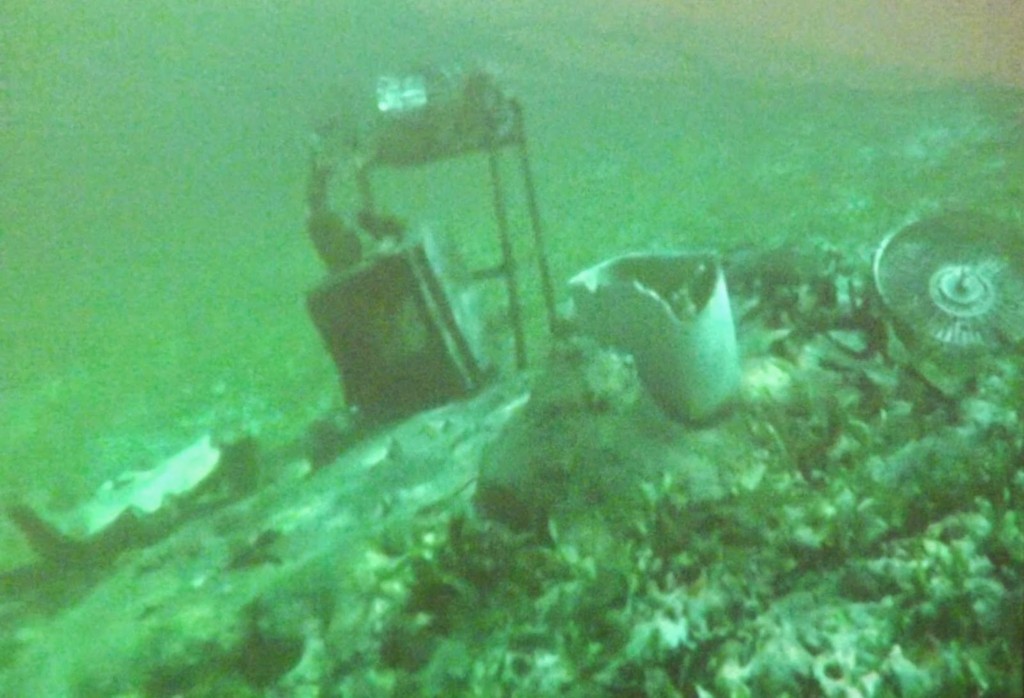 An installation by the Chile-born artist Mario Opazo consists of the display of objects and garbage found in the Magdalena river, painted in gold, thus showing the glitter under the sun of things thrown out as junk under a powerful title of “Estrella rota” (Broken Star). Artists such as Rodrigo Facundo, with his Arbol de Lagrimas (Tears of Tree) and Miler Lagos’ “La raiz del desarrollo o de la catastrofe” (Root of development or catastrophe) address issues of exploitation of trees and forests with a more direct, less subtle, and more nostalgic formal approach.

Photographs by artists like Maria Elvira Escallon and Juan Fernando Herran made a point on the strength of nature and the fragility of man-made constructions.

Maria Elvira Ardila, the curator of the exhibition, referenced John Milton’s Paradise Lost to make a moving statement on how the “schizophrenic” excesses of capitalism and greed has contributed to converting our planet into a junkyard of “blood, garbage, and genetically modified and hormone ridden foods”, a “plastic world in which the exploration of its natural resources has no ethics whatsoever”. 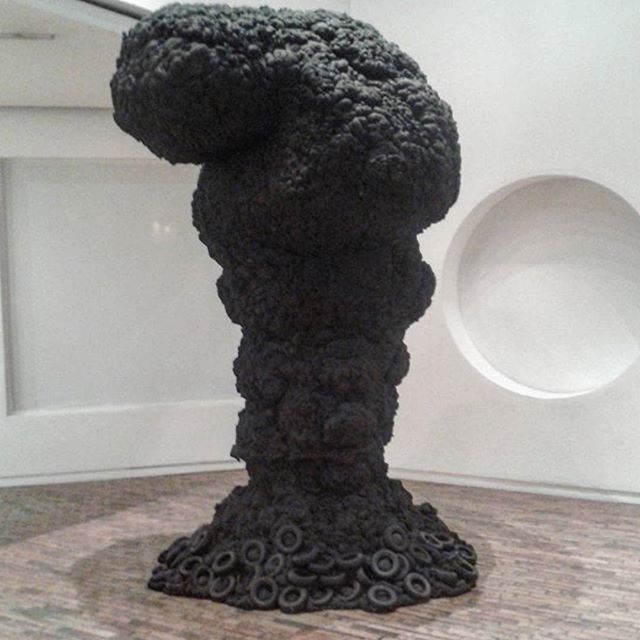 The art event has disclosed facts that show alarming signs that the earth “is dying”. A “plastic soup” reigns in the Pacific Ocean poisoning millions of birds, sea mammals and turtles, and from 12,000 to 24,000 tons of garbage are ingested by fishes every year.

Since the 80s, artists in this South American country have already engaged their art to resistance, denunciation and activism against the disasters of the dynamics of the modern society, and now, when the problem has extended to threaten the very existence of the planet earth, they ask a more pressing question: “What can we do about it?”