When you were a child, you were vulnerable and you did not understand the world around you, its harshness, its darkness, where did you go?

Did you hide yourself under the bed, behind a book, a corner in the back garden?

Did you talk to your frog pet, your fantasy friends, did you listen to your mother’s tales of monsters and princesses and travel to far away lands?

Did you step into your dreams, and create your world?

When we first walked into the Birnam Wood Gallery in Chelsea last May, we went to see a show called Structure: A View of Three Dimensions. It was a group show with many different artists- old and new, contemporary and eclectic. Then, we found a magical light box with the etching of a tree. As we looked closer, we found the drawing of a pair of a young girl’s legs and shoes, as if she were lost in the woods, but in the realm of fantasy that only a young girl could have created.

As extremely beautiful as it was surreal, the work of the British born artist Tatyana Murray began to linger in our minds.

As we spoke with the gallery owner, he told us that Tatyana was actually having a solo show at the same time in another gallery in the Lower East Side, an up-and-coming area of new art galleries and trendy cafés and restaurants close to the New Museum in Manhattan.

He said proudly, “she is one of the most prolific artists that I have ever met, I have ever met anyone with such great imagination and such a wide range of body of work”.

So, we followed his instructions and went to the Bosi Contemporary art gallery and saw her show called “In the Woods” and began our journey into a tale-like world of memories, of wonders and afflictions, reflecting human frailty and power of fantasy at the same time, manifest in unconventional forms of sculptures and drawings involving skulls, animals, ghost trees, young girls in trance, clocks, cages, antlers… 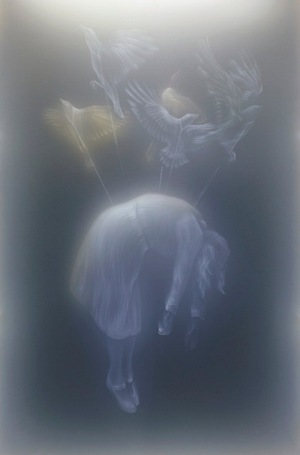 In the woods, she transported us to a timeless place as though they were flashes of a child’s memory frozen inside a light box full of nostalgia, yet full of hope and anticipation at the same time.

To create her light boxes series, she developed a high-end technology with etchings and programmed LED light. She scratched marks and sculpted them into multiple layers of glass. Once turned on, the light source refracted off the markings, creating the sensation of movement and three-dimensionality. The eye of the viewer passed through the layers of glass the way memory passed through time. When the light was off, the images disappeared.

The gallery spokesman told us that different audiences responded to Tatyana’s works differently. For example, Europeans were interested mostly in her unique technical inventions, whereas Americans were more into her heart-felt stories. “Some people went out of here with tears in their eyes”, he said.

Tatyana often found inspiration from the stories that her mother used to read to her as a child. Stories such as the Lord of the Flies and Grimm’s Fairy Tales that she still found both terrifying and intriguing. 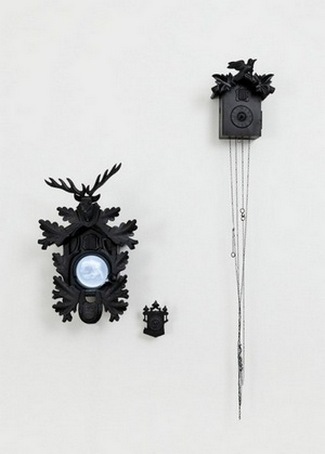 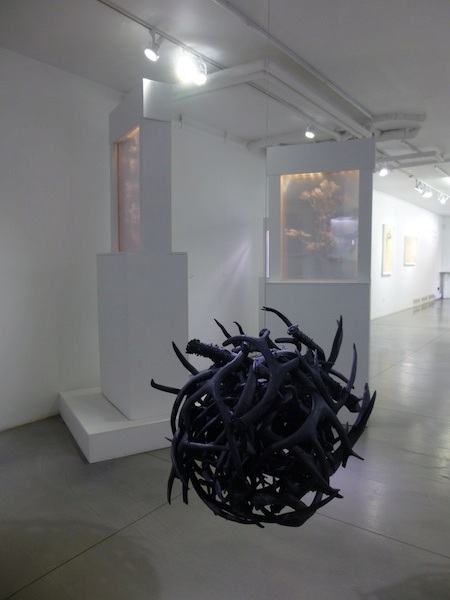 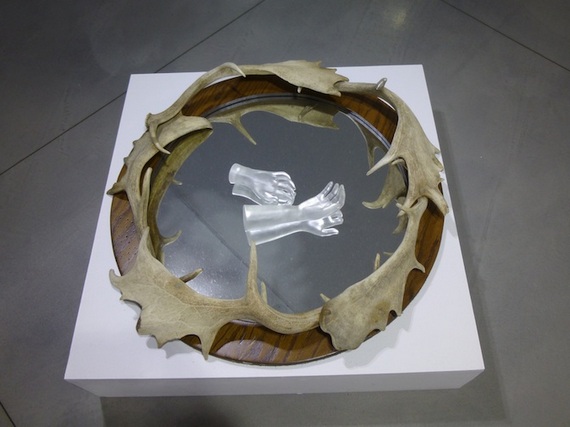 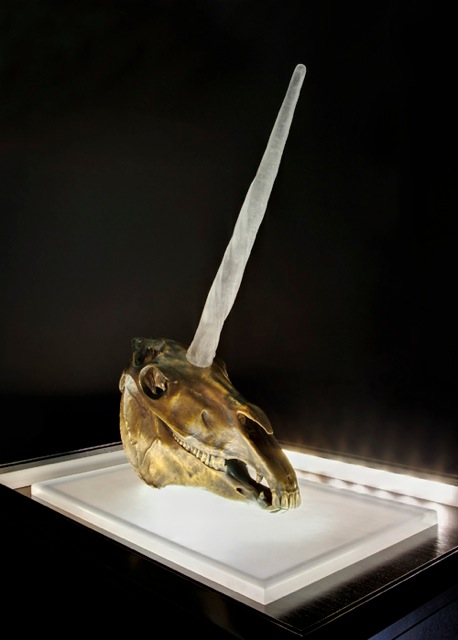 As we were walking out of the gallery, we saw a large piece that looked like the skull of a unicorn with a glass horn. The sharp thrust of the horn into the space above the skull in perfect symmetry was a strange presence, and if you looked at it for a few moments, you would probably feel its questioning: when was the last time we visited our childhood hiding place? Had it been so long?  So long the unicorn had waited that it was now a carcass?