Surprising is the recently born Cartagena de Indias International Biennial of Contemporary Art in Colombia, that opened within the framework of one the most beautiful cities in the world. Under the direction of the well-known curator Berta Sichel, and a team of curators such as the American Barbara S. Krulik, the Nigerian Bisi Silva, the Belgian Paul Wellemsen and the German Stephanie Rosenthal, over 120 international and Colombian artists showed work that not only impressed us but also left an indelible mark in the art world. 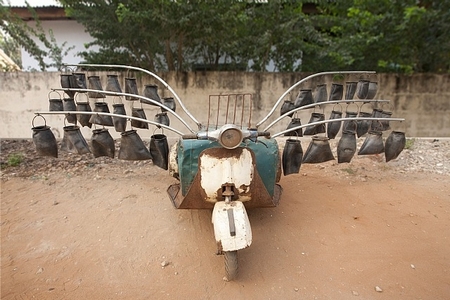 Romuald Hazoume, from Benin, brought us a work that consisted of a motorcycle used in his country to transport petroleum and water to far-away areas, painstakingly built to reach equilibrium, with which the artist held a coherent discourse that the future wars in the world will not be caused by petroleum but by water. He also made a balanced criticism on the social problems facing his country. 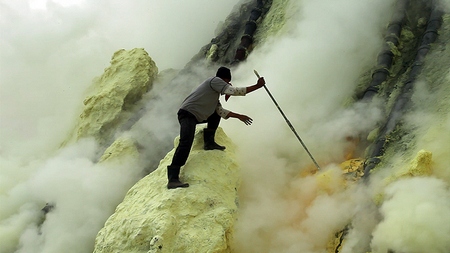 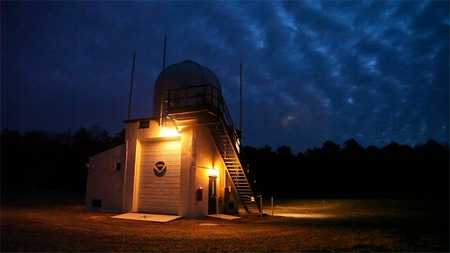 Janet Biggs (USA) presented an impressive 4-channel video called “Step on the Sun”, filmed in the Ljen volcano in Eastern Java (Indonesia), where brave men in the midst of total adversity, recover the sulphur left by the burning lava of the active volcano, as a means of subsistence in an extreme environment, in the ambiguity of nature’s beauty and the human exploitation, thus dealing with a discourse on global biopolitics and humanism. 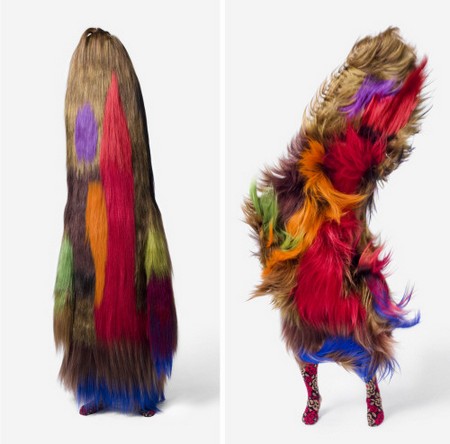 Nick Cave (USA), mono-channel video and “soundsuit”. These are objects and mannequins wearing strange and colorful dresses made in the 90s for dancing performances in stop-action, furnished with visual effects and singing of crickets and Native American drum beats. 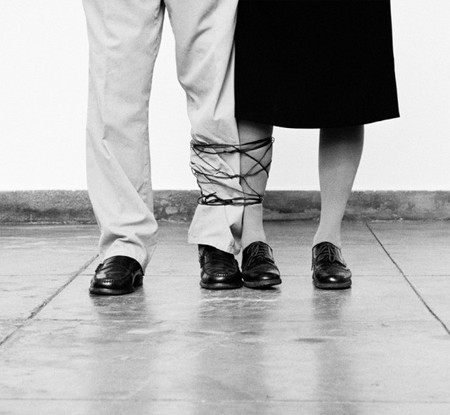 Another interesting work during the biennial is by Helena Almeida from Lisbon. By means of photography, she made a series of visual reflections on space-time and the adverse human relations in the contemporary world in such a way that the spectator is forced to reflect on their own human condition, limitations, and possibilities. 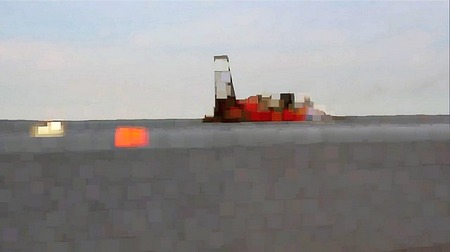 Peter Campus (USA) brought us a beautiful and poetic work, posing a conflict between what is real and what is virtual, the relationship between a work of art and the spectator, existentialism and narcissism. His work stands out for the highly sophisticated technical articulation in terms of the creation of an image. He presented four videos during the biennial, using this technique to create “paintings” in the videos paused in the moment, mixing light and color showing some kind of painting imagery, meditating on the passage of time and the concept of humanity in the natural world. 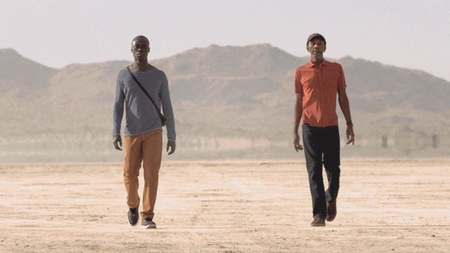 Bill Viola (USA) came with one of his sensorial perception videos, “Walking on the Edge”. This mono channel video (2012) showed another universal human experience, using the internal language of subjective thoughts, representing the separation between the father and the son when they take different paths in life, a separation symbolized in a nebulous desert, and at a certain moment, the paths cross and they walk side by side to be separated again. 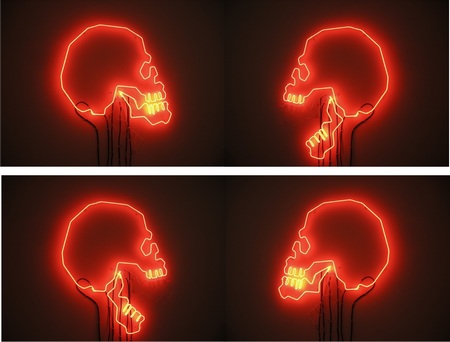 The Colombian Elias Heim, sculptor and installation artist used a diverse mechanic technology in his works envisioning the world from three aspects as he himself noted: religion, science, and art. His work in the Biennal is an installation called “Gulgolet”, where these three aspects stand out with well configured skulls in neon light placed in a frontal mural of the exhibition space, and a compilation of the same profiles in pieces of wood piled up on the floor. This reminds us of the Shoah burial grounds and the unmarked burial grounds of the wars in Colombia. 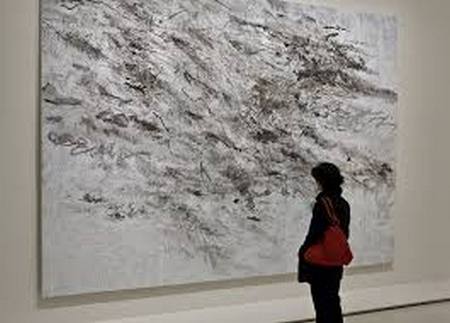 Julie Mehretu (USA-Germany) painted in huge format, in a complex pictorial language that reflected in a mimetic way on the changing cosmology, she uses an abstract and chaotic language that contains brushstrokes, graffiti, calligraphy, and architectural elements.

It’s important to mention the works by Ming Wong (video-performance in a dramatic work speaking of the genre of travestism and melodrama), Khalil Rabah (Palestinian conceptual artist with an installation of piles of postcard photographs taken in different Palestinian villages that are now occupied, organized in the space as an aerial cartography), Xi Ziuzhen (mysterious libraries in which the books are covered in dress clothes, as testimonies of a determined period or moment of history) and Candida Hofer with a diaporama of beautiful realistic photographs on the daily life of the Turkish people  in Germany. It would be too extensive to name all the artists, but it was certainly a refreshing biennial that should be see

* Picture on slider – Bill Viola – video Walking On The Edge