Forces of Black and White Ink

Forces of Black and White Ink 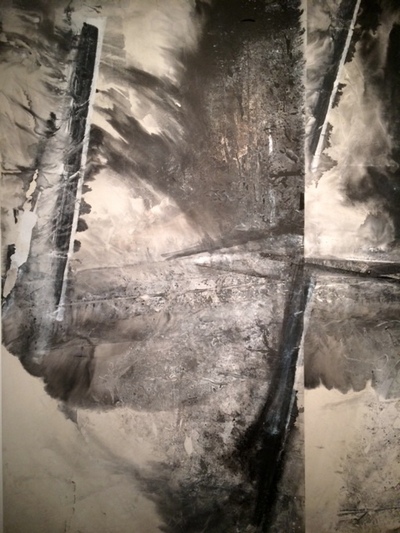 Four Cuts into the Space

A world mostly in black and white and many shades of grey. But more than that, Chinese artist Zheng Chongbin’s works are dense with texture, images that set the imagination free, distortions of space and time, shades that change when viewed from different angles.

Zheng’s current solo exhibition at the Ink Studio in Beijing begins at the entrance of the gallery. Instead of the usual door, the entrance is blocked by a gigantic white tilted panel. Once inside, the viewer steps into a darkened room where the glossy wall and floor resemble wet black ink. The feeling is disorienting but the attention is quickly shifted to the light-and-space video installation showing a new rendition of Chimeric Landscape, an environmental video installation concurrently on view at the European Cultural Centre in Venice. Depending on where the viewer stands, the images that unfold before and around them changes. The series of homologous microscopic and macroscopic imagery that morphs into the background sound –a deep, tremulous music with intermittent silences—can be seen as an introduction to the rest of Zheng’s paintings and installations in the three-story gallery. Zheng’s work always insinuates and defies perspectives at the same time. 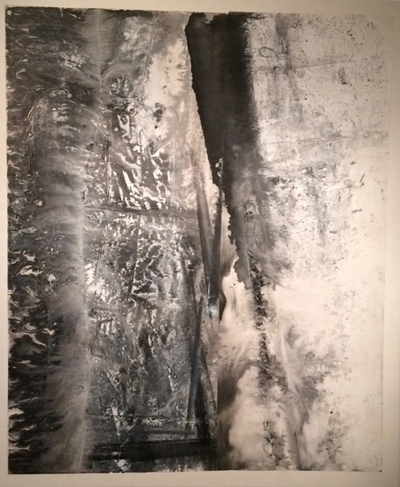 “Wall of Skies” at the Studio’s main gallery is a monumental installation made of ink on paper plastered on a folded structure. The installation demands the viewer to look at it up close as well as from afar. With the ceiling tilted, the walls slanted, the reflection of the folded structure on the floor further expands the viewer’s spatial experience. It’s a beautiful sensation to sit at the end of the room and witness movement on a very static and solid structure. 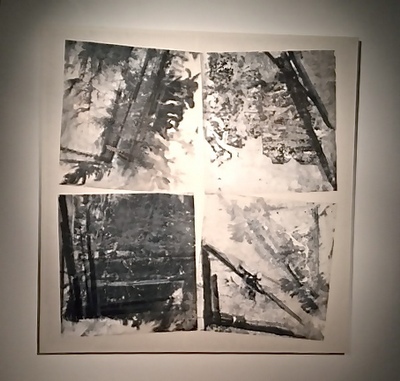 Zheng’s latest paintings on the third floor showcase his continued effort to combine classical Chinese ink tradition with Western pictorial abstraction. Throughout his career of three decades, Zheng explored and deconstructed the traditional conventions of both art forms. His paintings show the effect that layers and layers of ink and white acrylic can have on rice paper and the wonderful natural interaction that those elements produce under a controlled environment. Everything Zheng does is carefully planned, from the entrance of the gallery to the last painting, nothing is accidental. 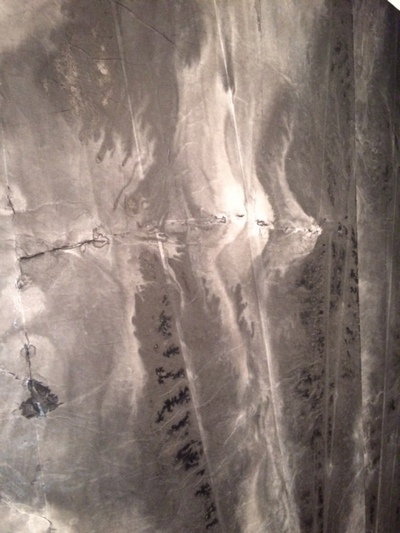 Born in Shanghai and presently living in California, Zheng has exhibited at the Daimler Contemporary Berlin (2015), Christie’s New York (2013), Saatchi Gallery (2012), the Asian Art Museum of San Francisco (2010), China National Academy of Painting (2008), among many others. “Wall of Skies” can be seen at Ink Studio until end of September 2015. 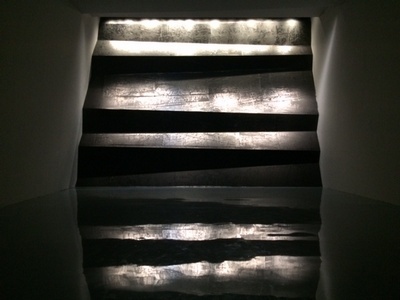