The Return of Watercolor

Home/Featured/The Return of Watercolor
Previous Next

The Return of Watercolor 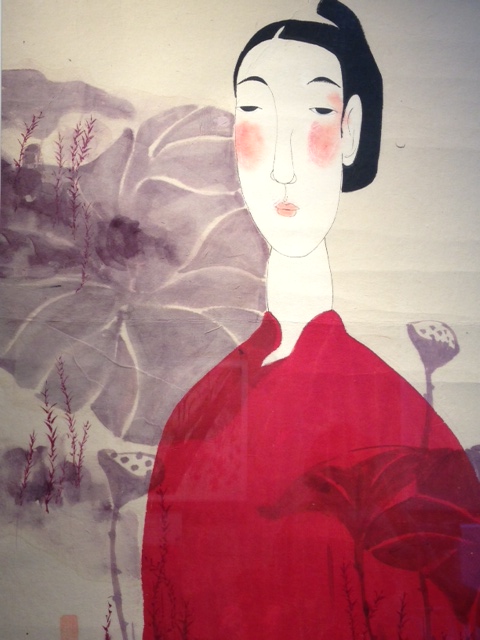 Vietnamese Vu Thu Hien exhibits a series of women from times gone by. She paints on Dzo paper, which is produced from the mulberry tree and is very enduring. Critics have praised her for trying to explain the complexity of Vietnamese spirituality by showing ghostly souls of dead ancestors walking among the living during the Tet Lunar New Year celebrations. 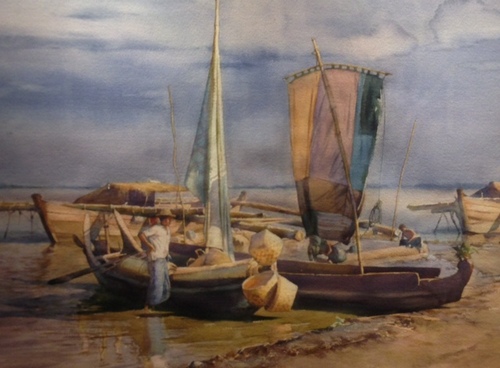 Zaw Mong
The Rain is Coming

Zaw Mong from Myanmar is the most impressionist of the four and one of the foremost watercolor painters of his time. He had participated in exhibitions all over Asia, from Yangon to Chiang Mai in Thailand. He drew his inspiration from the Irrawaddy River, where he used to live by its bank. His life ended tragically at the age of 47 earlier this year. 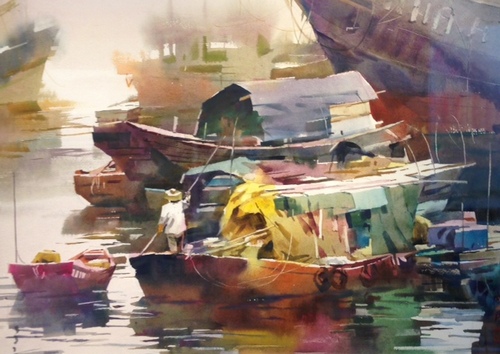 Bei Xu Min is probably the finest watercolor painter of the Suzhou school, one of the most famous schools of paining in the history of Chinese art after Suzhou became the cultural capital of China during the second half of the 15th century. He is a member of the Chinese Watercolor Painters Association and his work has regularly been shown in National Fine Arts Exhibitions in China. People strolling along his beloved Suzhou canals, also known as Venice of Asia, or images of sampans floating on the water banks in Hong Kong are some of his favorite subjects.

Moe Nyo is a young landscape artist whose work focuses on the Burmese culture. His minimalistic paintings intend to take the viewer back on a journey into the beauty of Bagan, the capital of the First Burmese Empire (11th to 13th century). He likes to play with the light, giving his work an evocative feeling of the past.

Watercolor has always been undervalued in the art world but luckily in recent years, a new trend has emerged in the region and has placed the beauty and diversity of watercolor in its rightful place as an Asian art medium. 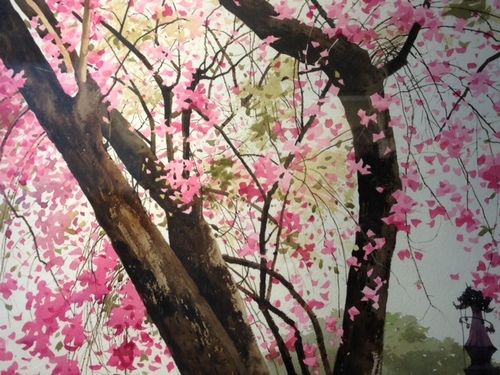 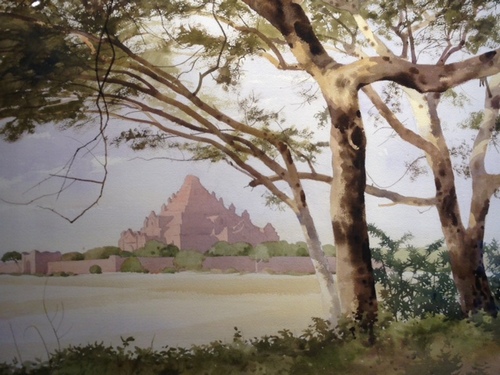