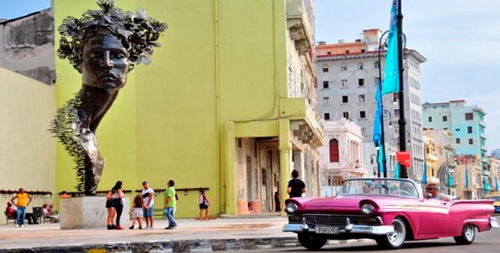 In the rhythm of the festive Salsa music, under a burning sun, the month-long12th Havana Art Biennial came to a close on June 21st. And with it, the incredible feeling that something of importance happened this time, something that might change the future of the Cuban art world.

Poorly organized, understaffed, underfunded, it took the organizers three years to make this year’s event happen. Taking risks thus became the subject of the Biennial, as its director Jorge Fernandez said. Hundreds of artists from Cuba and abroad participated this time and they all took risks because things constantly changed. Many had to re-contextualize original ideas once they were in Havana because of unpredictable situations. The Biennial happened all over the city, at museums, galleries, historical sites, public spaces and along the Malecón, the 8km waterfront promenade that is the perennial hangout place for the Habaneros.

Installation on the Malecón

Visiting the Biennial was an adventure for the unprepared. Lack of information was endemic. There were no schedules or programs, no list of events at the official venues. No internet access. The most interesting ones were the sideline events, the open studios, new gallery openings, pop-up exhibitions spaces, spontaneous performances that were not allowed in the past. The only way to know about these happenings was through local artists, people-in-the-know. It was frustrating but at the same time, it was wonderful to find some of the fifty open studios by chance or to walk along the historical old city and bump into a piece of art in a public space. 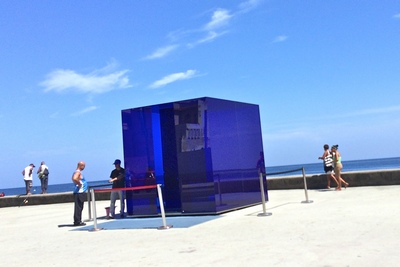 “Detrás del Muro” (Behind the Wall) took over the Malecón with large installations that stood out against the hard cement and the blue sea. Havana-based Arles Del Rio dumped truckloads of sand on the promenade and created a beach with umbrellas and chairs where locals lounged day and night. Another Havana artist, Rachel Valdes Camejo, staged “El Cubo Azul” (The Blue Cube), a translucent blue structure that once inside, let you feel you were part of the sea. “Salvavidas” (Life Guard) by Cuba’s Duvier Del Dago allowed people to climb up a life guard’s lookout platform and stare far into the sea. 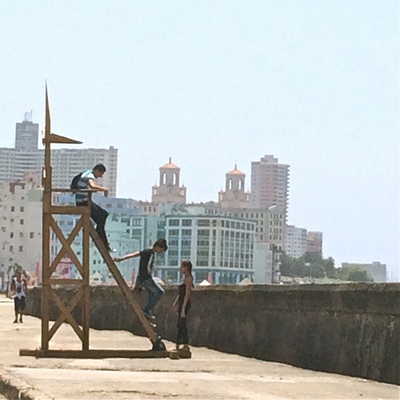 Louis Vuitton brought big names to its themed program “Between the Idea and Experience”: The projection “Wound and Absent Object”, by the celebrated contemporary artist from India, Anish Kapoor; from Italy, Michelangelo Pistoletto’s performance “Tercer Paraiso” (Third Paradise) at the Plaza del Cathedral; Nikhil Chopra’s “Art in a Cage” at Plaza de Armas, where she set up a small living place inside a cage and stayed there for 60 hours, among others. 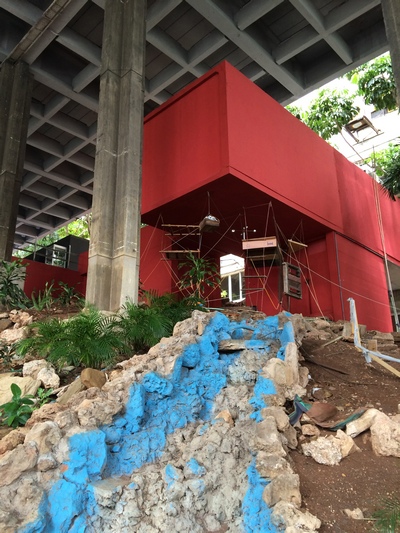 At Pabellón Cuba, the collective project “Entre, Dentro, Afuera” (Between, In, Out) included video installations, conferences, performances. For “Eat/Sleep/Work: The House, Deconstructed-Environment #1 Bedroom”, the American artist Elizabeth Stevenson selected small spaces all over the Pavilion that were unused or underutilized such as areas under staircases, basements, holes, and built temporary spaces for reflection or rest. 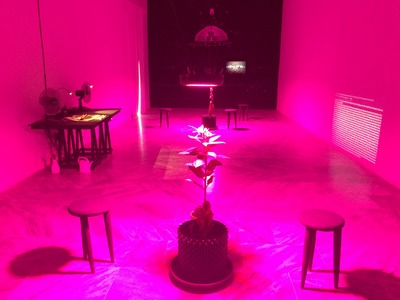 At the Wilfredo Lam Center, Nikolaus Gansterer from Austria staged “The Eden Experiment II” (The Habana Habitat), a research experiment aimed at finding out how music can influence the growth of plants. Two identical model organisms of Tabac plant were confronted with musical sound waves, one with classical music (Bach) and one with Cuban Black Metal. One of the plants looked rather healthy while the other, pretty dead. The results would be announced afterwards, but I was never informed which plant listened to which music. 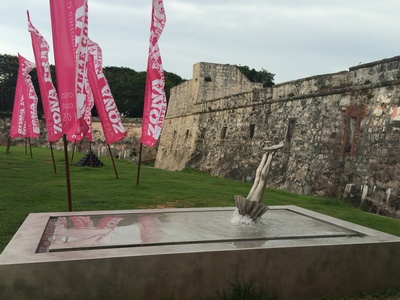 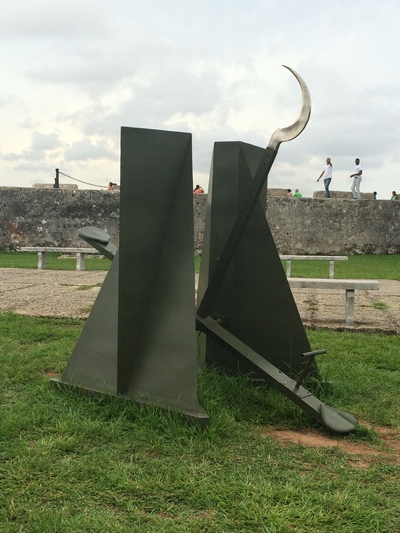 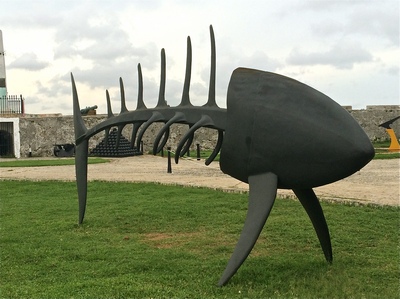 The 18th century fortress of Morro-Cabaña, “Zona Franca” (Free Zone) housed the works of over 240 local artists, the largest number of contemporary Cuban artists ever gathered for such an event. In the historic rooms and cells, there were solo shows that appealed to art-fair international collectors. Meanwhile, big installations took over the historical park, including Natividad Navalon’s Woman Diver, Miguel Mariano Gomez’s Sickle, Modesto Conception’s Big Skeleton Fish, and Eladio de Mora’s Ice Cream, a children’s favorite.
Havana breathed a different air during the Biennial. The energy was palpable, it was raw and exciting. Many things needed to improve but this year’s event felt like the beginning of something. There was a certain degree of freedom that was not there in the past. There was hope –even though nobody could say whether this art event would be back again in two years. 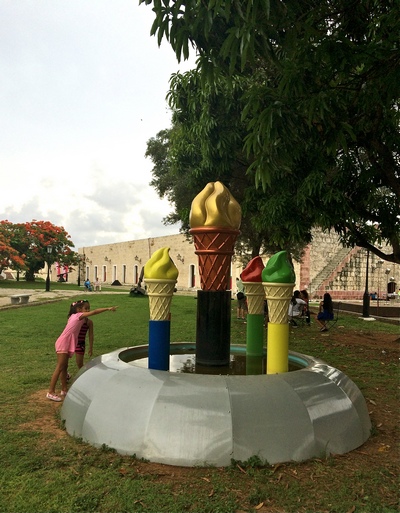