Colombia has earned a privileged position in the global art scene during the last few years due to two important international art events – the annual ARBO international trade fair and the Medellin International Art Encounter (MDE), which is held every four years.

MDE, which usually lasts for as long as 6 months, opened at the end of 2015 with a series of ambitious projects that included an exhibition of 80 artists from different countries at the Antioquia Art Museum and events held in 11 spaces with agendas as varied as lectures, institutional and academic activities, publications, workshops and satellite exhibitions. 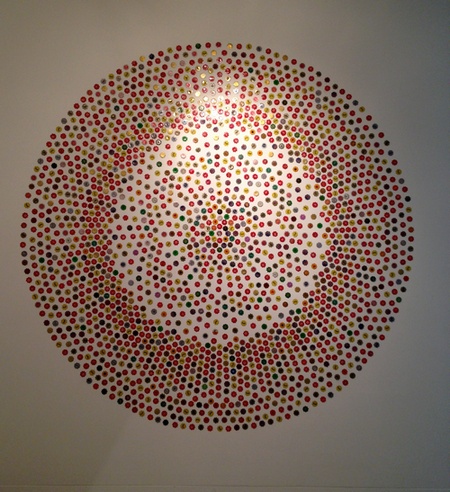 The event is curated by an international team that included Nydia Gutierrez from Venezuela; Edi Muka from Albania/Sweden; Tony Evanko from the United States; and Fernando Escobar, from Colombia, among others.

Under the title of “Local Stories/Global Practices”, the event points to the creation of a moment of reflection on big issues such as the transformation of cities like Medellin, currently considered as one of the most progressive cities in the world, that has implemented innovative programs to stimulate and inspire social and urban development. Stemming from this concept, the MDE15 inserts itself into the social fabric of a city, at the same time, sharing the narratives, experiences, and practices of different cities in the world, thus reaching the awareness that the same realities within different cultural contexts are not exclusive or unique to one social setting.

The MDE15 opens a space for debate that contributes to revealing untold and less visible aspects of daily life, pertaining to memory, the past, and the persistence of social structural problems, and most significantly, the city’s capacity of resilience.

It is amazing to find 80 different approaches to similar issues troubling different cities in the world, each exposing poignant ideas that manage to stir up awareness. 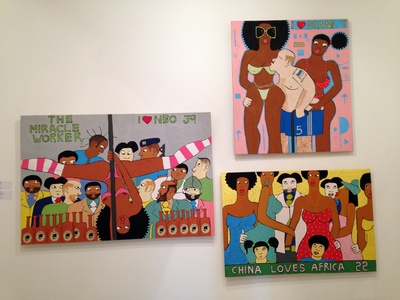 The video work by the Turkish artist Halil Altindere, called “Wonderland”, for example, show images and situations that can be easily mistaken for an urban area in New York, or Medellin, or any city whose cultural landmarks are threatened by large projects from urban developers. The video makes a testimony of the anger and frustration of a group of young Hip-Hop musicians in Sulukule, a historic district in Istanbul, a Roman neighborhood since the Byzantine times 600 years ago, that has been progressively and systematically demolished by the government and the private sector, a video-clip that tells a story of inequality and expansive materialistic values that is endemic in the history of urban development.

The work of the Colombian artist Ana Patricia Palacios deals with the complexities of subjectivity in a society where inequality is shamelessly reflected by an archaic means of transportation- the pulley- that is still used by peasants only one and half hour drive from the capital city of Bogota. Her work consists of a short video, drawings of Colombia’s mountain landscape, photographs, a collection of primitive sheaves made of wood in different sizes, and a group of 18th century engravings of the pulley system for transportation. In a quiet and yet powerful way, the work shows through the different sizes of the sheaves, particularly heart wrenching situations in which children as young as 6 years old go to school every morning risking their lives, traversing thousands of meters from one end of the mountain to the other in the midst of the most spectacular mountain gorges, hanging on to extremely perilous robes attached to a simple pulley. One small mistake means death with certainty. On one wall we saw tiny sheaves for children, as well as pieces of brakes made with tires. According to Palacios, the pulley is like the umbilical cord that communicates one side of the mountains to places of so-called civilization in a particularly perilous way. It thus, reflects the dire conditions that this “civilization” has forgotten and failed to achieve. 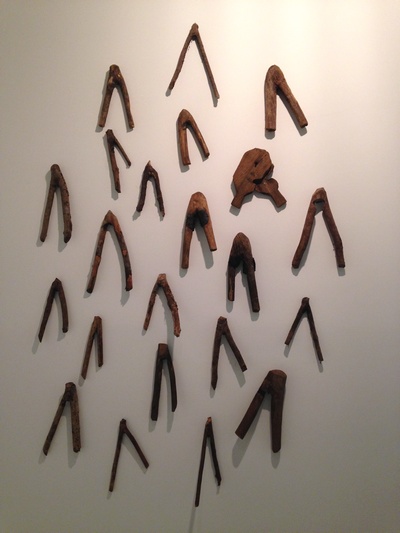 The Italian artist Adrian Paci, on the other hand, addresses the issue of cultural migration, the repercussions of globalization, and the transformation of identity with an extremely beautiful and lyrical film called “The Column”. The film shows a journey of a huge piece of marble from its extraction in the mines in China to its eventual transformation into a Roman column to its final destination in Europe aboard a ship. The ship becomes a workshop where the sculptors use the entire trajectory to make the column with its particular stylized ornamentation. The column is a symbolic pillar of Western culture in full glory and yet it is achieved by cheap labor made up of workers and sculptors from China; it is Capitalism at its best because time was saved and earnings maximized in a single journey at sea.

The following are excepts and interview of the film.

On the topic of violence, the Swedish artist Nathalie Djurberg teams up with the music by the German Hans Berg to make an extraordinary work of animation with figures made of clay, presenting a monstrous vision on repressed fears in a world brutally dominated by politics, religion, racial and sexual domination in Europe. The Colombian Jose Alejandro Restrepo presents an interesting approach with an installation called “Variations of Sacrifice”, showing the historic archives of forensic material, handwritten descriptions of murders, drawings of evidence, and crime scenes in the city of Medellin at the beginning of the 20th century in an effort to show what the artist calls “the anatomy and semiology of violence”. 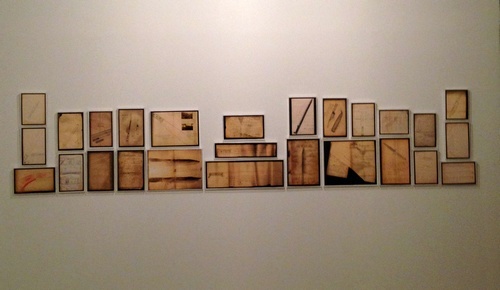 Amidst several works by South American artists depicting social problems in large cities in a more obvious way, the German-Albanian artist Anri Sala opts to exalt moments of hope under great pressure of fear and constant threat of death. In his film “1395 Days without Red” he narrates a period of time when Sarajevo was under siege, and city dwellers were forced to confront the danger of snipers on a daily basis for 1395 days, and yet the Sarajevo orchestra never stopped playing each and every day. During the siege, no one dared to wear colorful cloth, for fear of being easily spotted by the snipers. The film shows scenes of a young woman dressed in black crossing the streets and avenues and even parks with great courage, taking deep breaths and sometimes humming a silent note of music.

The most relevant works also include a video by the British artist Phil Collins exploring social situations, and transcending the definition of languages, social status and locality. “I am my mother” is inspired by the classic Jean Genet’s “The Maids”, in a format of a Mexican soap opera that investigates the complex dynamics of power struggle prevalent among people of unequal status. The installation by the Colombian artist Santiago Velez called “No one gets wet here”, tackles issues of the billion dollar business of human trafficking in the rivers of Uraba area, in North East Colombia, once famous for it’s banana production, issues that no one wants to disclose or address as no one wants to get involved or “get wet”.

Watching this event one cannot help but feel great respect for these artists, who have gone to extensive polarities of the social debate to make their point. Art has ceased to be simply contemplative of something beautiful; it has dug deep into the morass of collective denial and carelessness, of matters that affect not just members of a local community but rather the full extent of the globe.
The problems of a fast growing city appear to be the same or similar elsewhere; and human endurance shows up in equal measure. They seem to be familiar, as they seem to have always been there, throughout history, in all cultures. 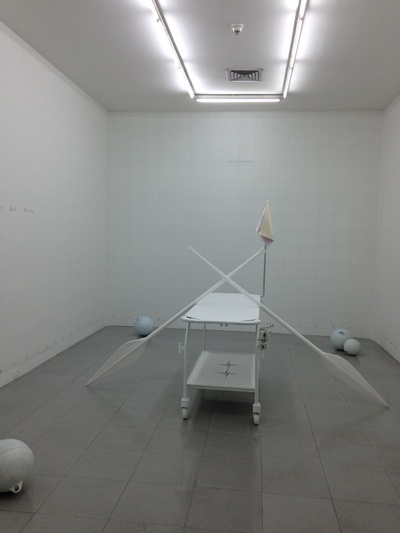 To get to the Antioquia Museum of Art, one must first pass through the Botero Park, a 7,000 square meter plaza where 23 sculptures donated by the world renowned Colombian artist Fernando Botero appear to stoically guard the art spirit of the place. There is also the Rafael Uribe Uribe Cultural Palace, whose eclectic Gothic architecture by the Belgian architect Goovaerts houses the cultural programs, art exhibitions, concerts, and historical archives of the city of Medellin. Not far away are the House of Music, the Park of Desires, and the public library.

At the entrance of the MDE15 event, one can write on a small piece of paper any message concerning urban issues and pin it on the wall. We asked the guard if anyone except the museumgoers would read the messages. “Oh, yeah, they would,” she said, “ in fact this will be shown to leaders of the community and government officials. They will talk about them. They take this seriously”. The wall full of messages appeared to be a little naive or childish from a cynical perspective, and yet it was simple and strangely moving, as we went closer to read them. A child asked to fix up water supply, a student requested easy passage to university, a man was worried about the ecological losses in the country, a woman spread messages of peace and loves…