Home/Featured/Frozen by Wonder- Three Shows in NYC
Previous Next

One of the most delightful things to do in NYC on a sunny autumn day is to take a stroll around its diverse art districts, watch one art exhibition after the other on streets full of galleries, drink an exquisitely roasted coffee from some exotic country, and share with a friend what we saw and felt.

This time we chose to share with you three exhibitions that spoke to us. They are all just paintings, in the traditional sense of simply applying paint on a surface, but they have one common trait that caught our eyes: they are playful and reminded us the fun of making and experiencing art.

At Chelsea’s Ryan Lee Gallery, the Italian artist Angiola Gatti is showing for the first time in the United States a series of paintings mainly made with ballpoint pen marks in a consistent pace and rhythm, reflecting different vantage points of space in a city. Of the paintings four were large, or what she called “life-size” paintings (paintings in the size of her own body), exuding an atmosphere of larger-than-life soul searching intimacy. 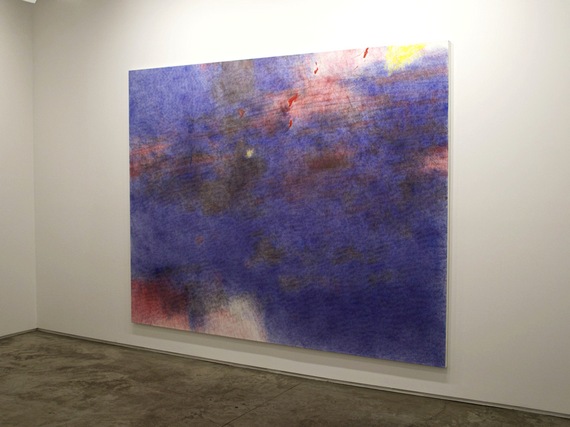 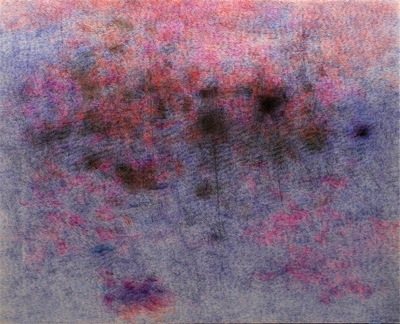 Her use of ballpoint pen, and sometimes oil sticks and acrylic paint suggests an urgency to play and experiment, as if they were drawings, and yet they give the sense that they have completed a certain phase of the search, and constituted more paint and color than simple lines and dots.

At the Alexander Gray Associates Gallery on the same 26thstreet in Chelsea, we saw the new paintings by Jack Whitten, known as the father of a “new abstraction” for his inventive experimentation with painting materials and techniques. At 74, his paintings still reflect a playful use of the material driven by a free, childlike inspiration. 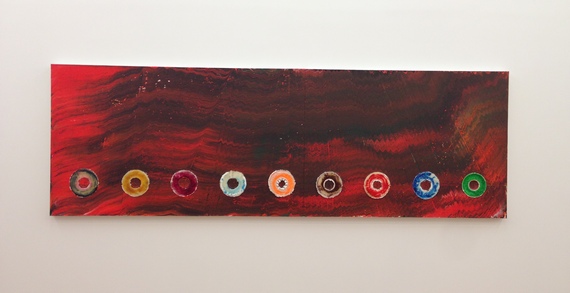 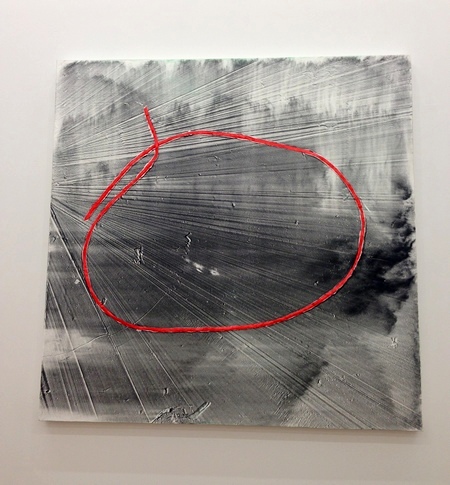 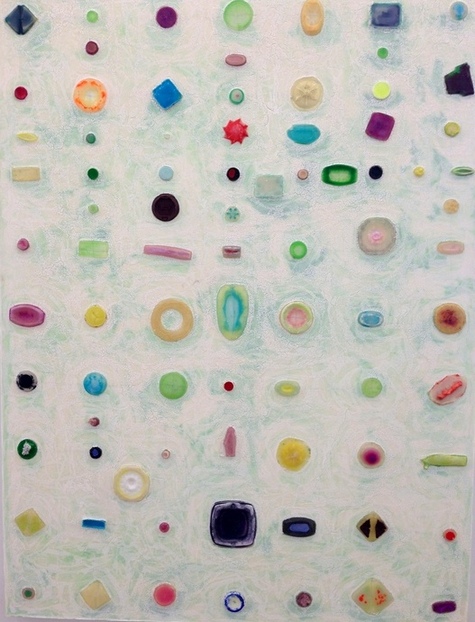 According to Whitten, his work is always evolving, as they are precisely about evolution of painting. “I like the idea that the viewer might be frozen by wonder”.

His thickly painted Nine Cosmic CD’s : For the Firespitter and Remote Control had rounded shaped donut like three dimensional forms encrusted on the surface, building unexpected imageries of fun and invention, while his “Crushed Grid” and “Warping Pythagoras” still attempt to challenge geometrical and spatial conventions in painting, and make a statement.

In the Lower East Side, we found a solo show by the New Yorker Katherine Bradford at the Steven Harvey Fine Art Projects. The abstract painter shows her miniature paintings and sculpture of ships, rethinking the American maritime hero, humoring the issue of masculinity. Although small in scale, the textured surfaces of her work reflect monumental issues of human frailty.

Although her cardboard creations are considered as sculptures, we felt that they were more like three dimensional paintings, playfully displayed and negating the boundaries set by mediums to define an art work.

Katherine Bradford’s work is included in various collections such as the Brooklyn Museum of Art, the Metropolitan Museum of Art and the Portland Museum. 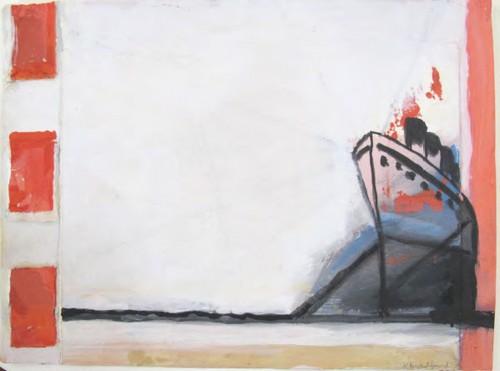 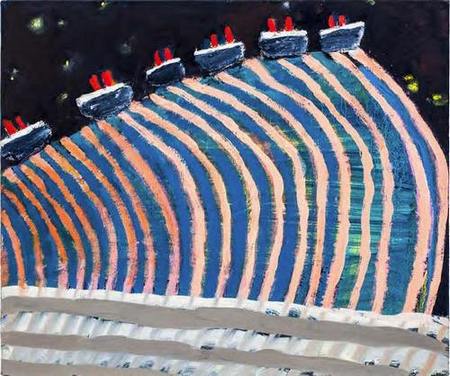 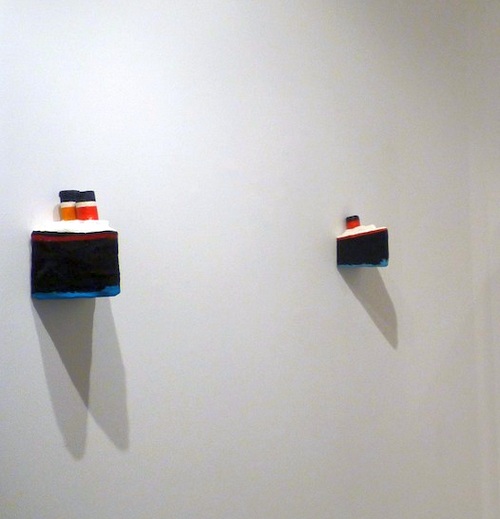 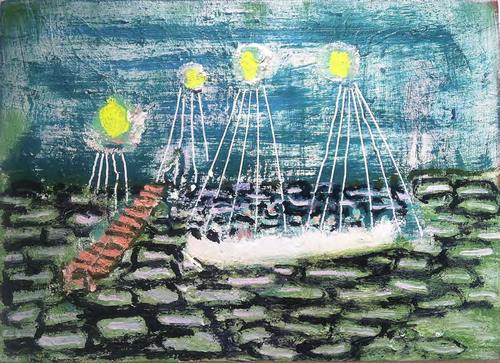