Not often do we find an artist whose love for nature challenges our ideas regarding beauty.

Just a few months ago, in summer, the New York born painter Jake Berthot came up with this mind-boggling statement: “In an ugly time, Beauty is held in suspicion”.

Whatever happened to beauty or the idea about it, Jake Berthot has resorted to honesty and the 16 paintings and 8 drawings that he has completed in the past two years are currently displayed at the Betty Cuningham Gallery in New York to prove his point. 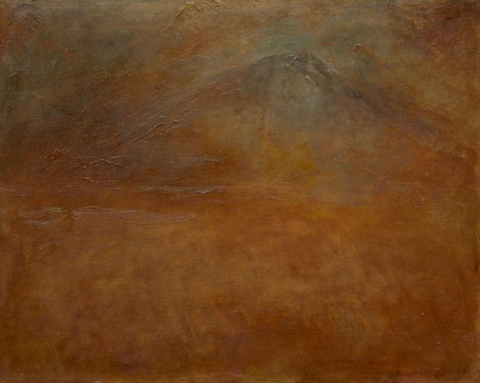 I met Jake when I was a student at the New York Studio School of Painting, Drawing and Sculpture, a small school nestled on the verge of the trendy West Village in New York on 8th street, where once upon a time it was the Whitney Museum of American Art.

As a visiting teacher, he would go into the studio of the students who had signed up for his critique once or twice a semester.  As a highly respected painter in the art scene, his critique was often feared by students whose sensitivity and motivation could easily be exposed and questioned.

I distinctly remember the first time that I met him. I was on the top of the critique list right after lunchtime. I went up to my studio about a quarter earlier the schedule because I did not want to be late. I was surprised to find him already there, since half an hour before. He had already looked at my paintings and also inspected my entire studio, which was named the Guston Kitchen, after the fact that it was actually the kitchen of the legendary painter Phillip Guston, when he was living in my school many years ago.

As he saw me he did not begin to talk about my work immediately. He sat down easily on a chair and looked at one of my paintings intently.  Then he started to tell me an elaborate story about fishing, his own experience that weekend when he went to the river in Upstate New York, a vivid description of what he saw in nature and his feelings in lyrical, poetic terms. 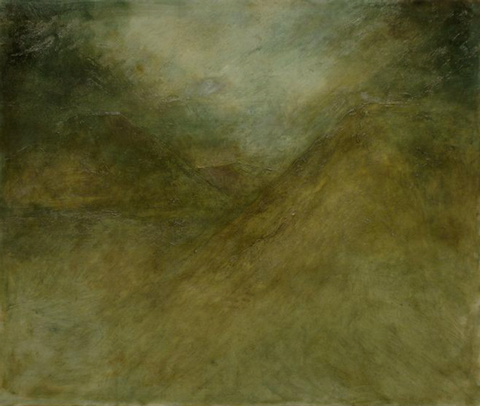 I was mesmerized by his story and forgot about the critique on my painting. In the last minute of his visit, he pointed out two main features about my work. “Pay attention to what you are good at and what you are about”, he remarked and left.

Then I realized that he never really said anything about my work, never really critiqued it or taught me in those terms. And yet, the image of the fishing story, the smell of the air in the wild, the water, the movements made by the fish when caught, the instant that defined life and death, and the thoughts of “what on earth has this story to do with my painting” somehow lingered and inhabited in my mind, and inspired me in a most subtle, nondescript, true, abstract and yet concrete way.

Throughout the years after my graduation, I have seen several of Jake’s exhibitions. It seems absurd, but somehow it appears that those paintings faithfully mirror the artist that I had met in school.

Jake Berthot, who turned 74 this year, started as an abstract painter making large scale geometric paintings. When he moved to the Catskills, upstate New York, in the mid-1990s his focus veered dramatically towards trees and mountains, exploring the subtle and moody atmosphere of nature and consistently making landscape drawings over isometric pencil grids. 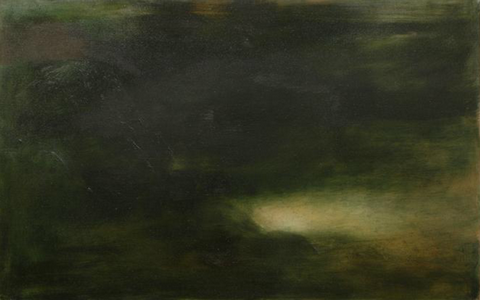 To be able to really appreciate Jake’s recent paintings, one must be present at the exhibition and be prepared to spend a long time looking at them. The gallery promised to print out a catalog for the show, but eventually did not. I understand why. There is no way that a photograph can capture the thickly painted multi-layered subtlety, or the energy or spirit emanated by an image so truthful to nature and its beauty. There are no words to describe the connections that these paintings are empowered to establish with the viewer at a level beyond the conscious.

If you will not be able to make it to the show, you can either find his work in the gallery collection, or in a host of notable museums, such as the Museum of Modern Art, The Metropolitan Museum of Art, The Whitney Museum of American Art, the Solomon R. Guggenheim Museum in New York, the National Gallery of Art in Washington D.C, the Museum of Art, University of California, Berkeley, C.A, the Houston Museum of Fine Arts, Houston TX. , and the Phillips Collection in Washington D.C. among others.