In New York we saw a unique show of one of the most important American photographers Diane Arbus (1923-1971) at the Met Breuer, a space newly acquired by the Metropolitan Museum to showcase contemporary art.

The show focuses on the early seven years (1956-1962) of her career with more than 100 photos, mostly never-before-seen that marked her distinctive style and vision, especially portraits of ordinary pedestrians, eccentric and often marginalized people from a perspective that brought out “the divineness of ordinary things”. In the beginning, her revolutionary perspective offended many people and was severely criticized, but as most great art, it has survived through the test of time. 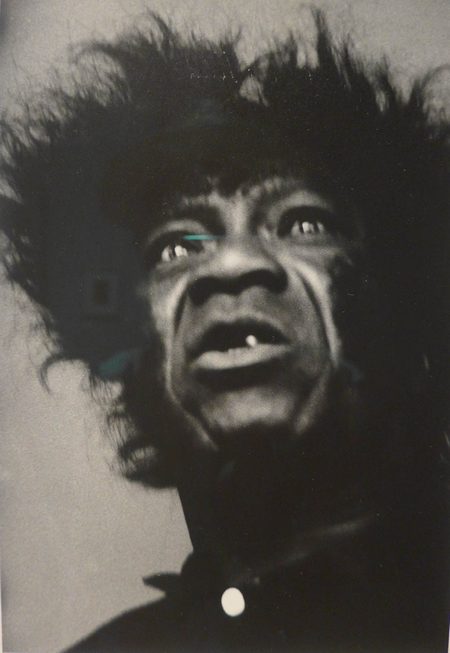 The show is set up without following a chronological or thematic order; the photos are hung on individual walls at random. This allows the viewer see the photos from different perspectives: while the “Hezckia Trambles, the Jungle Crips, 1960” shows an intense image of someone that appears to be emerging from hell seeking redemption, on the opposite wall, the  “Woman Carrying a Child in Central Park, New York, 1956” presents a figure that comes forward as if from heaven. 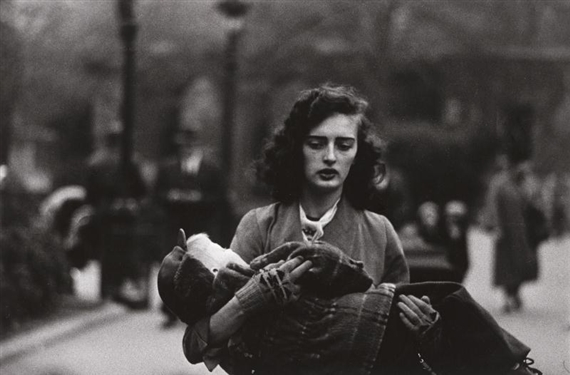 During these crucial seven years, Arbus mainly used a 35 mm camera, and worked in locations such as Times Square, the Lower East Side, Coney Island, and other areas in New York, where she was born and died.  In 1962 she started using the 2¼-inch square format Rolleiflex camera, a format that remained characteristic of her work for the rest of her life.

In a separate room, the exhibition continues with Arbus’ later work, including her iconic photographs of identical twins taken in1967, together with work of other famous photographers of her time like Robert Frank. 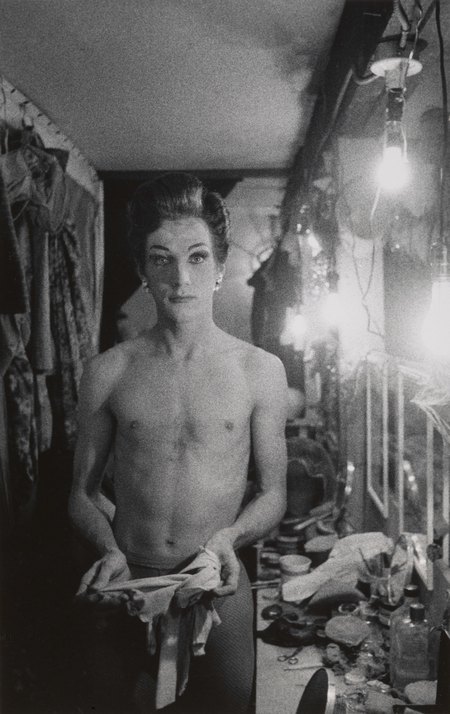 Arbus was one of the first female street photographers who boldly engaged her subjects into her photographs to deliver a memorable image of their stories. This contradicted the practice of her peers like Walker Evans and Helen Levitt who adopted a more objective approach of little involvement.

The exhibition is a must-see, not just because of her importance in the history of photography, but the impact that her work has taken the viewers to experience unexpected places. Fascinated by the mysterious features that she captured from each subject or scene, she explained that a photograph “is a secret about a secret. The more the photograph tells you, the less you know”. “I really believe there are things nobody would see if I didn’t photograph them. My favorite thing is to go where I’ve never been.” 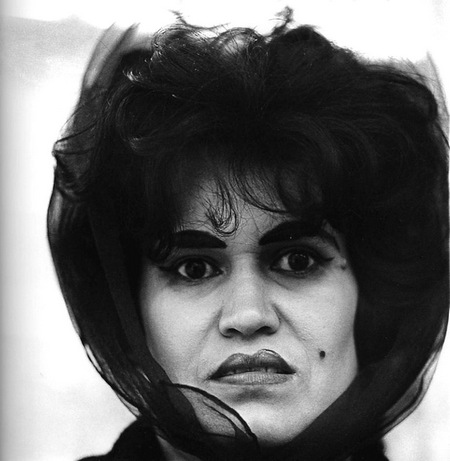 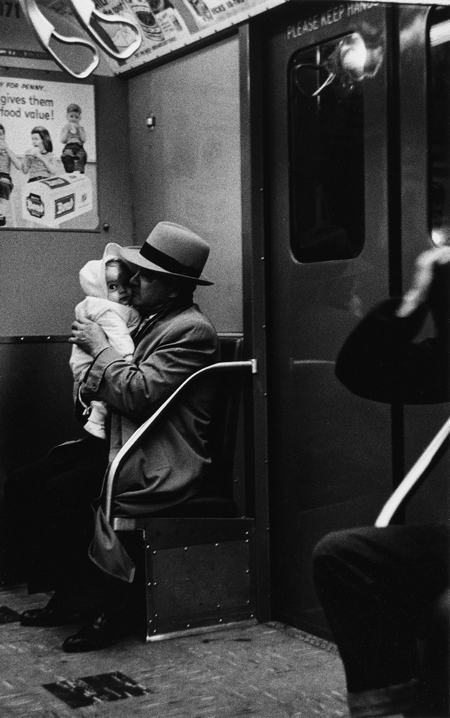 *Image on slider: Diane Arbus – Identical Twins, Roselle, New Jersey, 1967 and Woman on the street with her eyes closed, 1956.