Dance the Orange in NY

Home/Featured/Dance the Orange in NY
Previous Next

Dance the Orange in NY

by B. Palacios
It is not unusual to find a painter who can master the use of colors to express their unique perception of reality. But, to convey the reality of happiness is a different matter. At the Studio Museum in Harlem, New York, we have found a painting exhibition doing just that.

The Philadelphia born artist Stanley Whitney presents in his solo exhibition 28 abstract paintings and works on paper created between 2008 and 2015. He has used a particular name for his exhibition “Dance the Orange”. 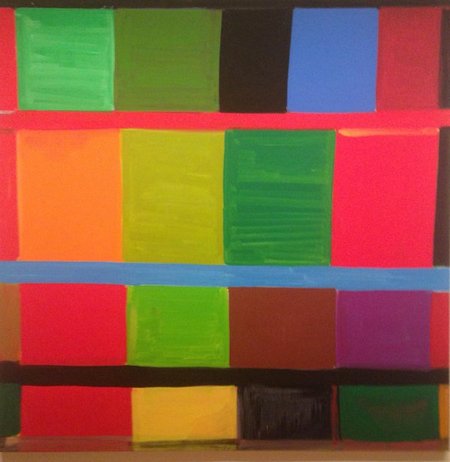 At first glance, the name could be pretty straightforward to describe his work. But the moment when one starts to look at the paintings, one can easily associate the color orange with the fruit in motion, and just like in a dance, the color orange soon ceases to be orange, and the fruit ceases to be a fruit, and the dance begins to create spaces that are not apparent on the surface. The result is a jesty array of colors that soon have ceased to be colors, but rather a reality that opens up the viewers’ heart and mind. 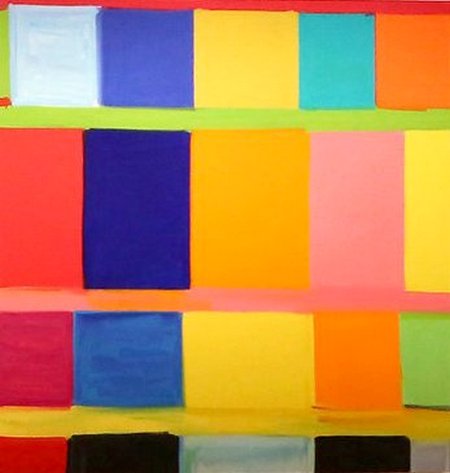 “I thought color was on the space but color itself is space”, Whitney said a few years ago. His interest in colors has a lot to do with his interest in architecture, and contradictions, and for him, drawing is key to color. “Every time I get stuck, I draw”. 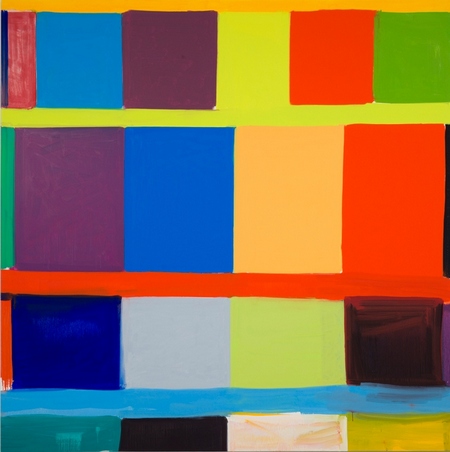 Elephant and Memory 2014 Oil on linen

Since 1970s, Whitney has lived in New York, but has frequently traveled to Italy, and then in the mid-1990s, Egypt, where he developed an apparently architectural approach to his color structure. We might never discover what has motivated him to paint rhythmic colors and choose the structures that allow his colors be in perfect harmony. All we perceive is the power of colors connecting to the viewer through happiness, rather than sadness, rage or other states of mind and emotions that radicalize our perception of what is around us. In other words, we can live with his colors, we can take home one of his paintings and feel good and begin an inspiring relationship with it. 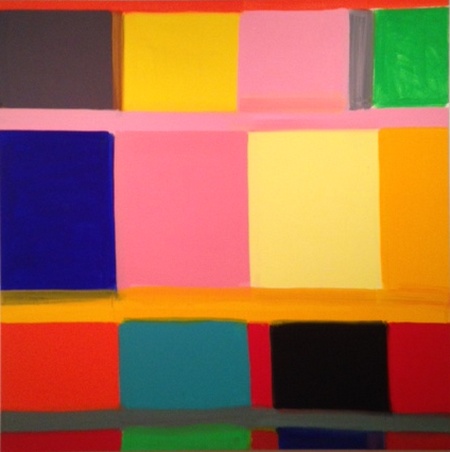 The show is small, but well curated. One can view every painting either separately or within the context of the whole show. Either as parts of a whole or the whole by itself, each painting appears to contain a singular universe within.