Art in a Place of Wisdom and Knowledge

Home/Featured, On the Edge/Art in a Place of Wisdom and Knowledge
Previous Next

Art in a Place of Wisdom and Knowledge 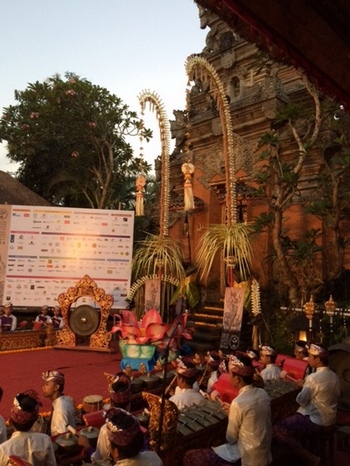 Contemporary art often crosses the line of pure art expression or craft. It contributes to building a culture, thus encompassing many different creative fields, such as film making, literature, political issues, and even spirituality.

At the recent 11th Ubud Writers Readers Festival in Indonesia, we experience art that is manifest in such a diversified way, and are even offered a rare opportunity to witness a major religious festival at the historic Gunung Lebah temple that lasted for 3 months.

Religion in Indonesia is engrained in the daily life of its people. At the turn of almost every corner there is a temple, either private or public. In every shop, restaurant, house or sidewalk, there are beautifully handcrafted daily offerings. Out there under the sun-drenched paddy fields, gods are called to protect the harvest. Religion is present in its poetry, prose, art works. It is, thus, befitting that this year the festival honors Saraswati, the Balinese Hindu goddess of art and learning, with the theme “Wisdom and Knowledge”. 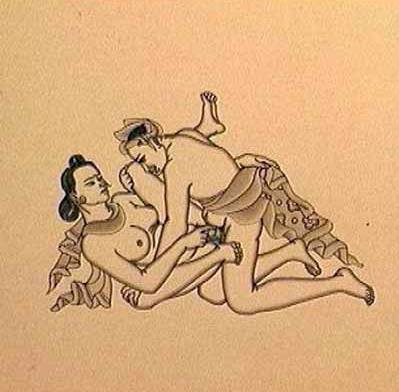 Along the scenic Bali seaside, a good crowd of Indonesian writers fills up the Festival, from prominent scholar Azyumardi Azra, who is known for his opposition to the ongoing persecution of minority groups, to a more eclectic S Metron Masdison, who recites one of his poems alongside an Indonesian song that he plays on a mini tape recorder.

Clarrie Cameron, with his deep throaty voice and weathered face, is an oral storyteller and artist from the Nhanhagardi tribe in Western Australia. He talks about his childhood, how he grew up in the bush, wore no clothes until the age of 7 and lived with his family out of a converted ambulance drawn by mules. 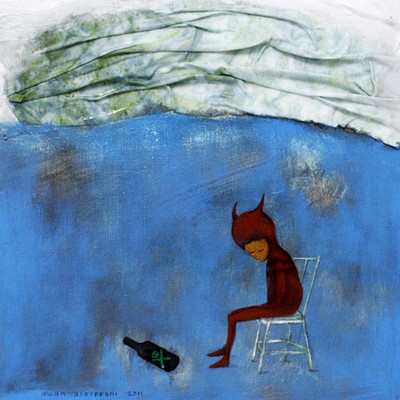 Many questions come to mind when you look at Robyn Davidson, such as what drove this soft-spoken woman to go on a lone trek of 1,700 miles across the Australian deserts with four camels and a dog in 1977. Her memoir is made into a movie titled “Tracks”, which entered the official competition of 2013 Venice Film Festival. Another Australian writer, David Lesser, leads a workshop on the art of telling memoirs. He succeeds in bringing out tears and angsts when he asks the attendees to write something that starts with “The story I really want to write is…” It is fascinating to see how people could pour out from the bottom of their hearts their worst fears and traumas and share them with complete strangers.

Scottish writer Val McDermid is witty and fun. Val is an award-winning crime writer and she has confessed to be fascinated by the dark side of the human psyche. Japanese Minae Mizumura talks about the “I-novel”, a Japanese literary genre that is akin to confessional literature and written in the first person. Chinese writer Can Xue (pen name that literally means Dirty Snow) speaks poor English and does not have a translator. She surprises the audience when she says that every day, she dedicates one hour in the morning to start and finish a short story. And she never revises. 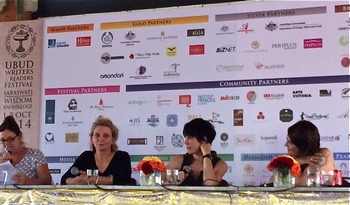 Mukesh Kapila is outspoken –with good reasons. Having seen the aftermath of the Rwanda genocide, he has risked his successful career at United Nations to become a whistle blower on the institution’s inaction in Darfur, all of which is documented in his memoir “Against A Tide of Evil”. Evil is done not only by leaders but by ordinary people like you and me, Kapila laments, “we allowed genocide to happen and did too little too late.”

Winner of France’s Prix Médicis étranger, Bengali India author Amitav Ghosh uses complex narrative strategies to tell stories of identity. When you read my books, he says, you come into my world. And isn’t that what every writer thrives to achieve? 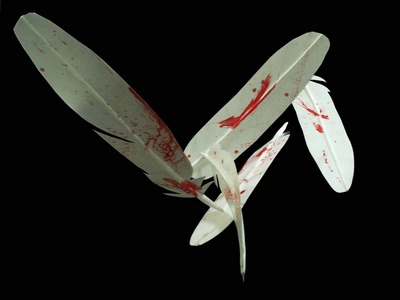 People of Letters is an Australian lit-hit sensation that toured the US, the UK and finished up at Ubud. Six writers read letters that only those attending would hear. Carlos Andres Gomez, a Colombian poet based in New York, addresses his letter to all the men and boys and writes that he grew up trying to be “macho” but that real manhood is to be oneself, with all his vulnerabilities. American writer Rayya Elias writes a heart-breaking letter about her addiction to drugs and how her mind had tricked her into believing that she wrote an original song during rehab. She stands up to sing the song and while the music is from a David Bowie, the lyrics are clearly personal. 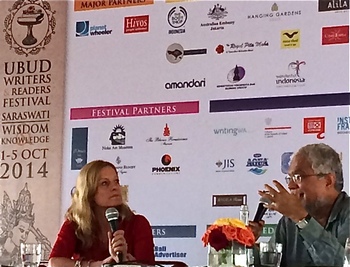 With over 150 writers from 25 countries and many events overlapping one another at three main venues (Indus Restaurant, Neka Museum and Left Bank), it is only possible to mention some writers and artists and leave out many others. The audience, with a large number from Australia, are laughing and clapping. Traffic is stopped often by religious processions to temples. Lunch means a quick bite of raw vegan salads or heavy Indian food during the 15-min break between sessions at the food stalls in the Left Bank. Evenings are populated by art openings, installations, performances, film screenings, music events such as Ontosoroh’s electrifying dance-opera fusion and book launches. The festival is packed with art exhibitions. The Diary is an exhibition at Heyokah Art House of four artists stripping bare to “bring forth the unseen”. They are local artist Andy Sahraya, Irawan Pras who is also a graphic designer, Yozeffani Awan and Grazz a.k.a Benedictus Ringga. 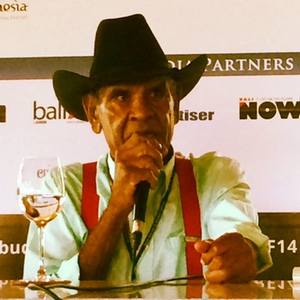 At the Museum Puri Lukisan, co-authors and curators Soemantri Widagdo and Bruce W. Carpenter lead a tour of the exhibition of the drawings of the acclaimed Balinese artist Lempad. Known as stone sculptor and architect, he has also helped to build the palaces and temples in Ubud and its neighboring villages. In his late years, he has produced a trove of paintings depicting Balinese mythology and folklore.
At Poetry Slam, poets battle with each other with words, and artists with images. Pecha Kucha (which means fast furious fun), artists show what they could do in the 20×20 format: 20 images, each for 20 seconds.

The Ubud Writers Readers Festival is incredible in many ways and the goddess Saraswati is present to imbue us with plenty of knowledge and wisdom. The Festival does not end in the closing ceremony, it has inspired the audience to see that it is our turn to be creative and artistic and this is a way to solidify a culture, a way of life. 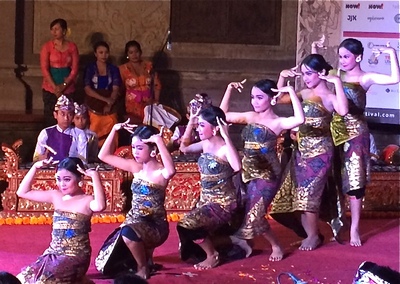