Paper, the summer exhibition at the Saatchi Gallery in London, will be open until September 29, so you still have time to appreciate the work of artists from around the globe that have succeeded in showing us that even though paper is considered an ephemeral product  it can be transformed into multiple objects of artistic expression. 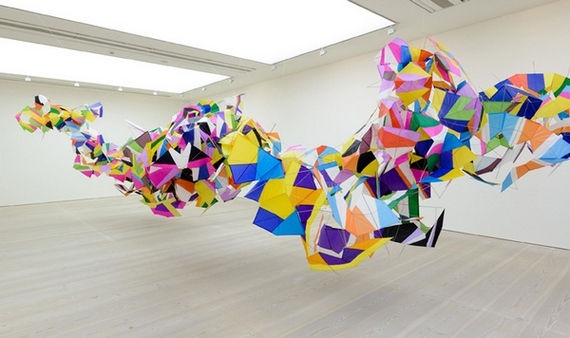 The work of  Marcelo Jacome, a young Brazilian who lives and works in Rio de Janeiro, is perhaps the most representative of the exhibit. The different components of his Planos-Pipas (kite-planes) move chaotically in one of the gallery’s rooms yet you’ll find unity in the whole piece. The British artist Daniel Kelly has chosen a satirical title, I see it all now… Some of it!, for one of his works that plays with the idea of “paper architecture,” those grandiose projects that only exist on paper. Kelly gives us the impression that we are entering a palace, but the unfinished pieces of the building, like a column and ceiling, will not really fit. 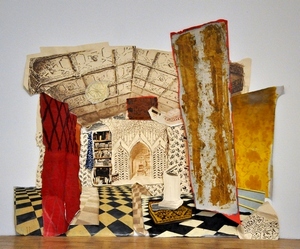 Another work you must not miss is Bust of Emanuel Augustus, by the Spaniards José Lerma and Héctor Madera, who decided to honor a little known African-American boxer that used that imperial-sounding name during his rather clownish matches.  The bust shows the swelling caused by the hard punches received by Emanuel Augustus, but this is not to mock the boxer. On the contrary, it’s to distinguish the heroic quest of an unconventional athlete. 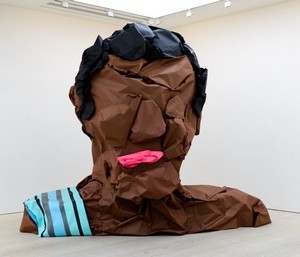