Home/What's going on/Going ape (naked) for one day!
Previous Next

Remember when we were kids, we had so much fun drawing, painting, playing with everything that we got hold of? We did not care if the art we were making was fuzzy, stupid, or good. We just wanted to have fun. But having fun like that as adults, professional artists, and gallery organizers seemed unlikely. And yet, for one day we all went bonkers- well, I’d prefer the word “ape” or rather, “ape naked”- and made it happen in New York City last Saturday. 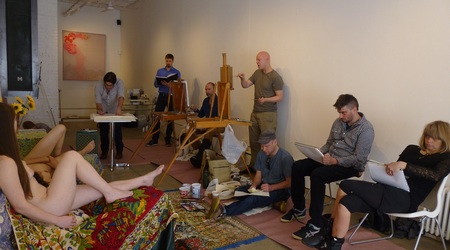 The idea came to Mike Coleman, director of 2nd Ave Arts, who thought that it could be cool to have a group of artists working the same day for a show that same night. Together with the Mayson Gallery director Ronni Anderson, they decided to choose a very conventional subject for painters- models- to create an unconventional event of making art live. 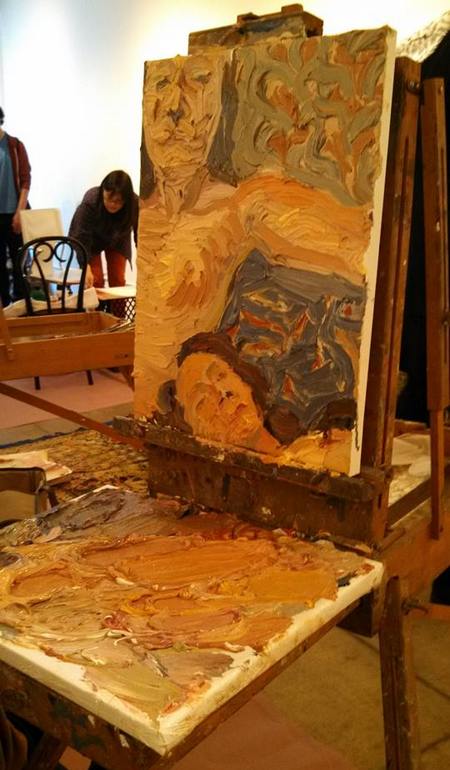 The result was unexpected. For the whole day the artists worked and got inspired. Most of them never thought what their work would finally look like. They had only one day, but Peter Bonner and Jim Plunkett brought their oil paint gears and set up to finish them on the spot. One artist ended up cutting colored papers to make a couple of collages. 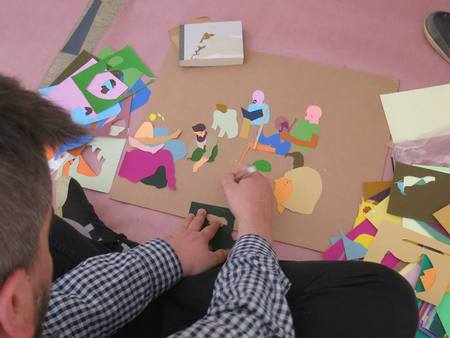 When asked about what inspired them, two artists said that they got their inspiration not directly from the models but rather from the energy of all the fellow artists working at the same time. The aura of that energy was later clearly evidenced in one of the drawings.

With strong coffee from a café across the street of the gallery, champagne, water, and a playlist of the 80s music with the timeless Mick Jagger, John Waite’s poignant Missing You, Phil Collins’ soulful Another Day in Paradise… the hours drifted by rapidly with artists working with an increasing intensity. Ben Pritchard got stuck on the faces of the nude models and did dozens of pencil drawings and watercolors, as if the models’ nudity were explicit in their eyes, smiles, a darkened spot that was the metaphor for their nose… 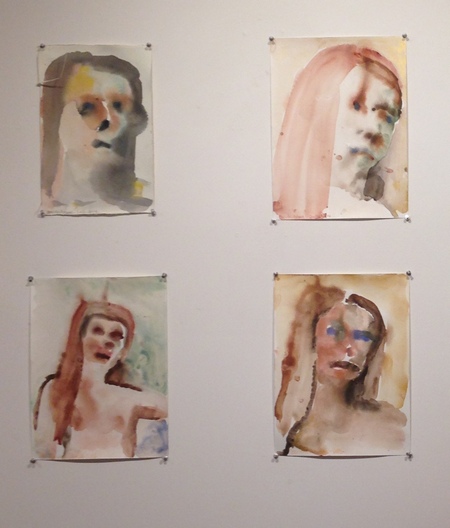 Some of the artists knew one another for many years, others just met that day. As Jason Eisner helped another artist opposite him, to fix a brush that broke, he did not realize that it was thanks to that particular brush that the artist could finish her painting that day. He did not realize that he was actually constructing a story that was his main inspiration. “I am actually interested in the stories of people; that’s all”, he said later during the reception. 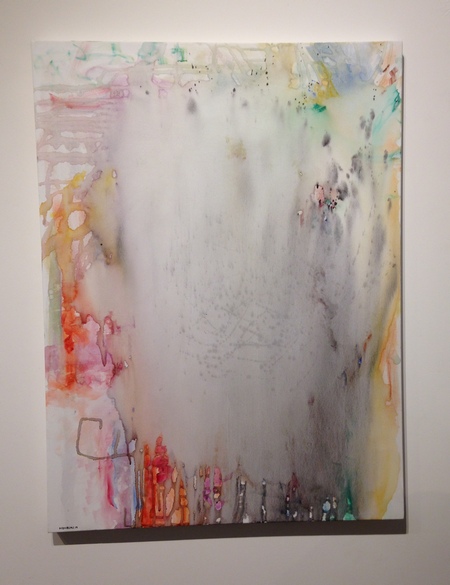 Joshua Mongeau made two large paintings, one clearly showing the models and the second one was an abstracted transition from it, and he went to extreme places of abstraction, as if he had reached the interiors of what he had seen and felt that day.

Mariangela Fremura and Teresa Brown approached the models with soft pencil marks that reflected the subtle beauty of the human figure, while Christina Chow’s quick Sumi ink brushstrokes were, as remarked by another artist, “powerful and almost violent”. 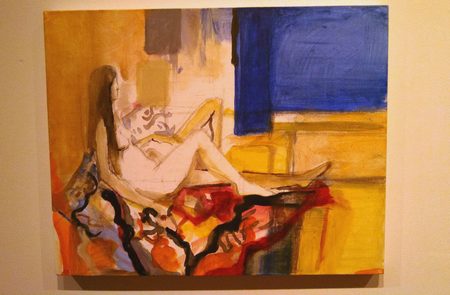 When the session ended, the gallery decided to leave the props and setup in its original place, chose several of the works rendered that day and put them up on the walls for an exhibition. It also decided to extend the exhibition for one week.

It was interesting to watch the models looking at the artists’ finished works, and the artists looking at other artists’ finished work, and the organizers watching them. “I have been working so hard watching everybody that I have no more voice”, said one gallery helper, “but I love this, all this creative energy”. A creative energy that connected people and their stories together. 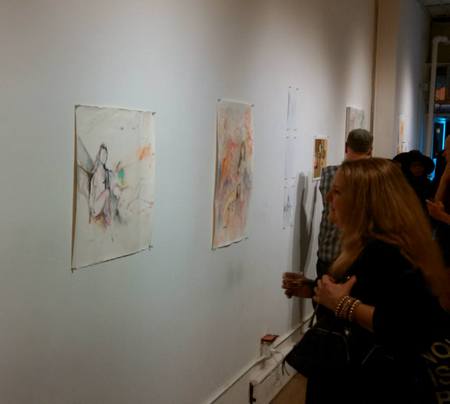 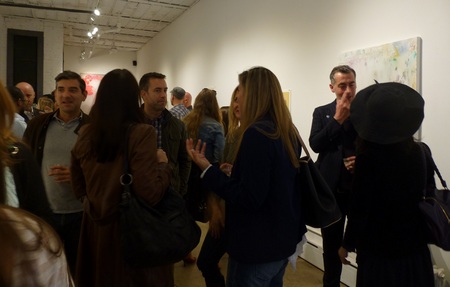