An image can tell stories that words cannot. It can say a lot about a nation’s past and present, and it can dwell in dark places of our heart and soul for a long time. And it can also move us onto the awareness of something true and valuable.
He Chongyue, one of China’s most respected contemporary photographers, has opened an exhibition at the art gallery of Beijing’s trendy The Temple Hotel, showing a series of portraits of elder Chinese farmers, reflecting their dignity in spite of radical historical, social and political changes that have marked their lives. What is so special about this show is that it not only reflects the pathos and woes of an extraordinary time in history, but also the ethos of an entire generation and their strength. 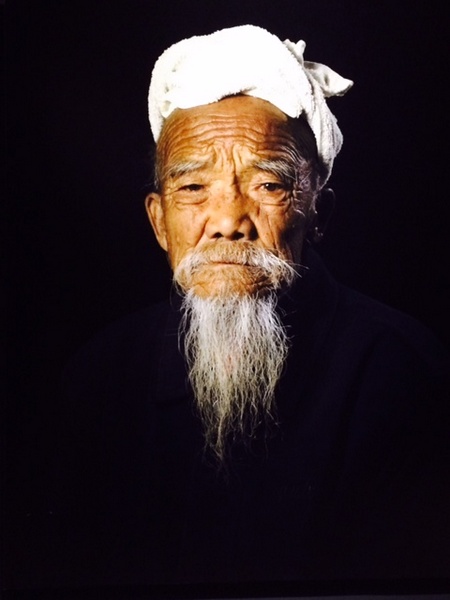 He says: “When these old people staggered towards me wearing their best, siting on the chair and facing the lens in their most natural ways, they often reminded me of my parents and of the past. And a sense of sadness would overcome me, as I saw these scarred faces, in the shadow of the harsh realities of modern China. This generation of farmers was born in 1949, grew up in new China, went through vicissitudes, and yet still kept dignity.” 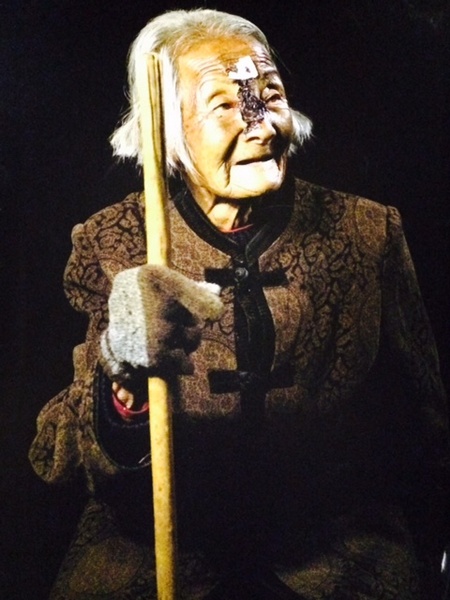 Born in 1960, He Chongyue was first a skillful traditional photographer. In 2007, he became a contemporary photographer and started to take special interest in social issues, and used a hand-made large format 4×10 camera to photograph the so-called “propaganda walls”, large walls that were traditionally used as a mode of communication. He also investigated “the value of human existence” in connection to space and environment, and developed a project called “Family Planning Series”, questioning issues of modern Chinese society.
He has shown in the United States, Spain, Japan, Indonesia and different provinces in China. 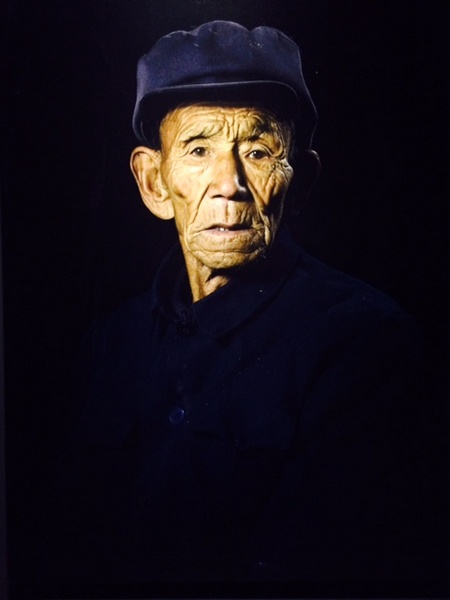