Carmen Herrera, A painter Ahead of All Times

Home/Featured/Carmen Herrera, A painter Ahead of All Times
Previous

Carmen Herrera, A painter Ahead of All Times

Courage and self-confidence are evident in Herrera’s reductionist paintings. Her architectural background may have influenced her earlier paintings, where ovals meet rectangles and semicircles merge into triangles, creating spatial tension and a powerful sense of color. She then fell in love with straight lines, sharp lines that stretch into infinity. She calls it a “process of purification”, a way to make her art simpler. 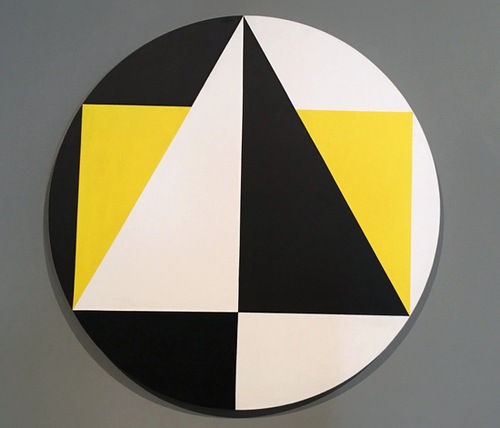 “I will always be in awe of the straight line, its beauty is what keeps me painting,” Herrera said. “In the chaotic world we live in, I like to put things in a bit of order. I suppose this is why I am a painter in the ‘hard edge’ style…I always remember this phrase that people call a cliché: Less is more.”

Born in Cuba, Herrera married a visiting American teacher and moved with him to New York in the late 30s. She attended classes at the Art Students League in New York but her formative years as an artist were in postwar Paris, where the couple lived for five years. There, Herrera developed a style of geometric abstraction, limiting herself to three colors for each composition. Her main concerns are balance and geometry. She is now 106 years old and still works every day but with the help of an assistant. At eleven in the morning, her routine consists of taking a break to enjoy a glass of champagne or whiskey. 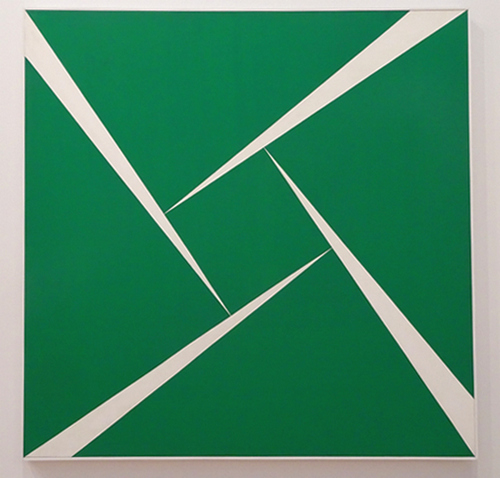 Green and white – acrylic on canvas.

In 2009, five years after she sold her first painting, Herrera was lauded as “the discovery of the decade” at a major retrospective in Birmingham, England. However, she had to wait seven more years for New York’s Whitney Museum to give her an overdue retrospective in 2016. Since then, her career took off and major museums including New York’s Museum of Modern Art have acquired her works.

Why it took Herrera a century to be fully recognized? She was ignored mostly because she is a woman and an immigrant and was discriminated against, as she openly stated, “men controlled everything, not just art”. Also, she was perhaps a painter ahead of her time, for female artists were supposed to focus on maternity scenes or watercolors during the mid-20th, not on balance and geometric abstraction. So many other female artists who had made it in this time had to go through unspoken hardships and trade-offs before they were recognized. Still, Herrera laughs it off and says “Every painting has been a fight between the painting and me. I tend to win”. 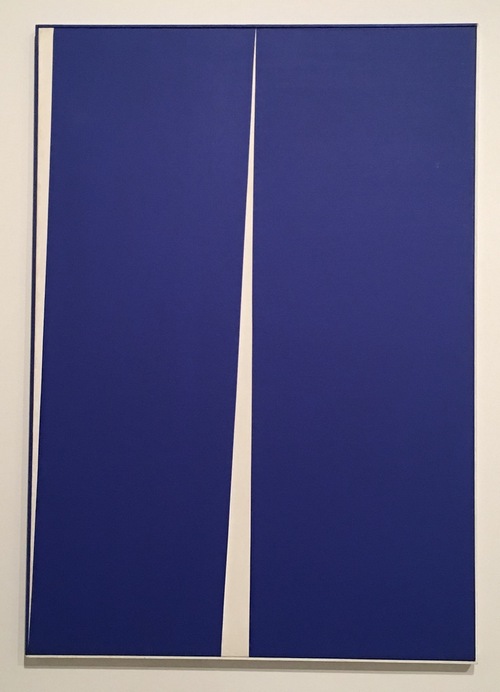