Home/Featured, Notes Around the World/Ai Weiwei, Redefining Tradition in Homeland China
Previous Next 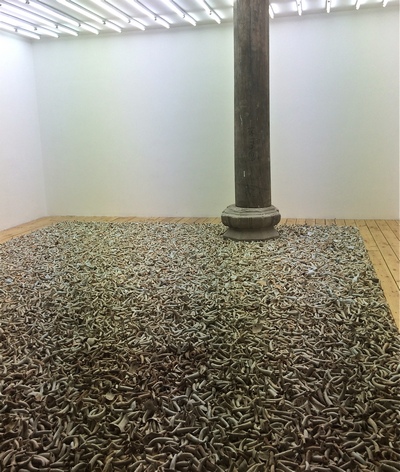 The world famous Chinese artist, Ai Weiwei, who is not allowed to travel outside of China since 2010, opened a solo exhibition for the first time in his home country. I was lucky to arrive at the opening before it became too crowded. The exhibition took over two adjacent galleries and consisted of the recreation of an old sacred temple. As I stood below its beams and smelled the old wood, I felt the immensity of the undertaking and liked this reimagining of something that would have been destroyed otherwise by time and neglect.

Ai Weiwei and his team disassembled into 1500 pieces an ancestral temple in the remote Jiangxi province, and column by column, beam by beam, transported and recreated them inside two art galleries in Beijing, Galleria Continua and Tang Contemporary Art Center. Separated by a solid wall, the beams of the temple cut through the wall and continued from one side to the other. At Tang Center, I was able to walk up the stairs and stand among its ceiling beams and that’s when I felt the size of each beam and the heaviness of its history. 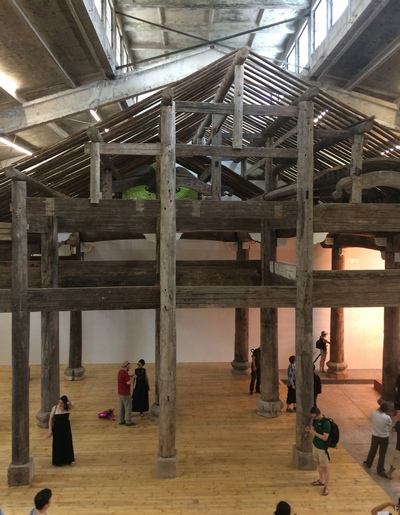 Because the temple was split into two, it was not possible to look at the installation in its entirety. Originally, the Ming-dynasty temple was the Wang Family Ancestral Hall, dedicated to the cult of Wang Hua, a prince who reigned during the 6th century A.D. It was a place of worship where offerings and cult ceremonies were celebrated. Ai Weiwei did not rebuild the complete temple; he kept only the skeletal structure and gave it a “social context”, a condition in which the architectural object became deprived of its original use and acquired a new shape and meaning. Visitors were able to interact and view the structure from different perspectives, giving the installation both artistic and social character. 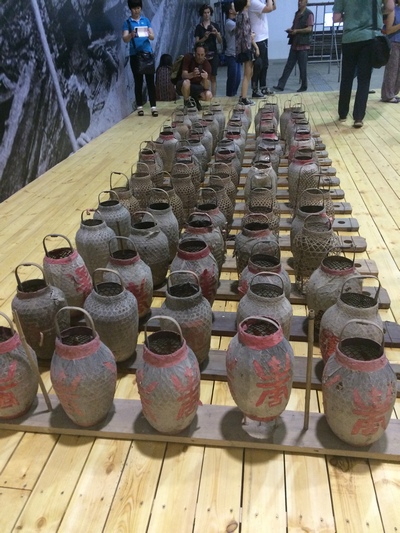 In both gallery spaces, the artist also placed everyday objects as a nod to Marcel Duchamp’s Readymades: there were 10,000 spouts broken off from antique teapots from Song to Qing dynasties, rows of traditional lanterns, a painted ladder, an antique dragon lamp, among others.

From conception to realization in situ, the artist took several years to make this happen. It had to be pre-approved by local authorities. Ai Weiwei was under house arrest for his political stance and was not allowed to travel to his shows, such as “@Large” at Alcatraz in San Francisco, “Forever Bicycles” at the Venice Biennale, “Sunflower Seed” at Tate Modern in London. Some people criticized this exhibition because it lacked a political angle but the art of salvaging old relics and giving them new meaning should be equally, if not more, noteworthy.

Even without a political context, I was told, as I walked out of the show, that the government had just shut down Galleria Continua’s social media. The exhibition will last until September of 2015. 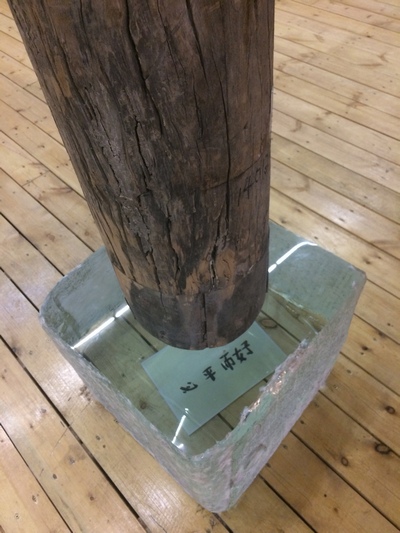 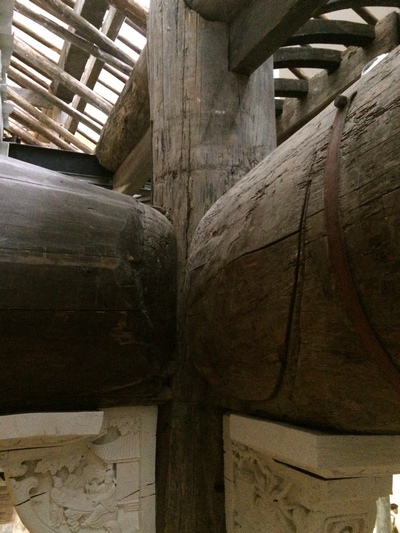